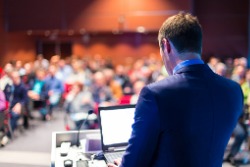 The Blueprint to Monster Trades…

Many people know me as the guy who “automates” my trading strategy. Which is true because about 92% of all the trades I take are automated. What do I do on the other 8%? I focus on finding Monster Trade Setups. The kind of trades that can offer 20/1 returns on my risk. And now, I am breaking down these setups for you. Join me and learn my Monster Trade Setups

It’s been another volatile week for the markets.

A complaint by a “whistleblower” was released late last week, alleging the President’s actions “post risks to US national security,” as quoted by The Guardian.  “In the course of my official duties, I have received information from multiple US government officials that the president of the United States is using the power of his office to solicit interference from a foreign country in the 2020 US election.”

The story is creating sizable panic and volatility in the markets.

As we wait to see what happens next, here are some of the top stocks piquing our interest.

ABBV hit a rough patch in early 2018, and just continued to fall, pulling back from $115 to a current price of $74. However, it appears the stock has bottomed out and is just beginning to recover. Insiders seem confident in upside, too. In fact, a vice chair just bought 25,000 shares between $69.86 and $70.73 apiece for $1.76 million. Analysts at Citi just also just upgraded the stock from Neutral to Buy with a price target of $90.

SBUX is another great holiday stock stuffer. It also has a solid history of running higher in the holiday shopping season, too.  Plus, the stock has been in quite an uptrend since the middle of 2018. While it pulled back in recent days, we do expect it to break out of its consolidation pattern from a current price of $89.80.