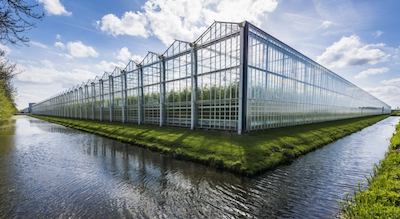 The ONLY Marijuana Stock You’ll Ever Need…

Shocking news out of the marijuana industry… and Wall Street Insiders are going crazy. Soon, a massive 1.4 million-square-foot super-greenhouse is coming online… And could send a little-known 60-cent marijuana stock soaring! Business Insider said… “Bottom line: What Netflix is to movies and TV series, [this company] could be to pot. But this could even be better…” But you’ve got to hurry… everything goes live just very soon. >>Click here for the details<<

While there were some gloomy economic reports over the last week, there are bright spots.

Food services added 48,000 for the month of October.  This industry has seen a surge in job creation, adding an average 38,000 jobs a month, as noted by CNBC.  “While those positions are generally associated with lower wages, they also can reflect consumer demand and the willingness to spend discretionary money.”

In addition, U.S. GDP grew faster than expected in the third quarter, but did slow slightly on a decline in business investments.  For the quarter, GDP was up 1.9%. While that was down slightly from the 2% pace in the second quarter, it was still above forecasts for 1.6%.

All thanks in part to consumer spending, and government expenditures.

As we wait for the next batch of economic reports, here are some of the top stocks to watch.

Shares of Mattel are back in the headlines after great earnings and on news it’s putting its accounting investigation behind it.  It just earned 26 cents a share on sales of $1.48 billion. Analysts were looking for 19 cents on $1.44 billion in sales. The company also completed an independent investigation into accounting allegations, and is turning higher.

“Our results reflect another quarter of progress in the transformation of GE. We are encouraged by our strong backlog, organic growth, margin expansion, and positive cash trajectory amidst global macro uncertainty,” CEO Larry Culp, as quoted by Yahoo Finance.

Even with great earnings, BYND sank this week on lockup expiration following IPO.

The company earned a profit of $4.1 million, or six cents a share on sales of $92 million, up substantially from a loss of $9.3 million on sales of $26.43 million year over year.  Analysts were looking for four cents on $82.2 million in sales. The company also increased its revenue forecast, now expecting full year sales of between $265 million and $275 million.  With plenty of growth ahead, BYND is a long-term favorite.