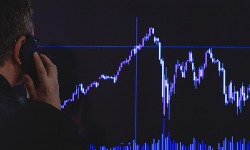 Watch America’s #1 Trader Officially Become $1,050 RICHER in 15 SECONDS!
And then $940 RICHER in 11 seconds… $1,260 RICHER in 8 seconds… and $988 RICHER in 7 seconds! You’ve never seen anything like this. And you may NEVER see it again! His secret to becoming a multimillionaire is so easy that anybody can do it! [Full story…]

It’s been an interesting few days for the major indices.

The Mueller probe finally came to an end, and found no evidence of collusion with Russia over the 2016 presidential campaign.

“While this report does not conclude that the president committed a crime, it also does not exonerate him” in regards to obstruction, Attorney General William Barr said, quoted by Miami Herald. “The report identifies no actions that, in our judgment, constitutes obstructive conduct, had a nexus to a pending or contemplated proceeding, and were done with corrupt intent.”

And now there’s word that China has shifted its position on forced technology transfers, as the two warring sides push to overcome trade war tensions. Remember, one of President Trump’s demands were for Beijing to end the theft of intellectual property.

While markets have remained quite volatile even with such news events, we strongly believe markets are gearing up for another shot at all-time highs.

Stay tuned for more on these developing stories.

With the Mueller probe over, we may begin to see a shift back to issues such as infrastructure.  In fact, President Trump and Nancy Pelosi met earlier this month on that very topic.  “The easiest thing is infrastructure,” Trump stated in an interview that aired Friday. “[Democrats] want it, I want it. I spoke to Nancy Pelosi about it the other day. We agree on it, we even like the type, I think, we like the type of infrastructure we’re talking about. Maybe in a certain way more Democrat from my standpoint than the Republican concept,” he told Fox Business.

A renewed push is likely to be a great catalyst for infrastructure stocks, like HEES.

The last time we mentioned an opportunity with Coca-Cola, the stock traded at $44.99.  It’s now up to $46.65 where we’re reiterating a buy. The stock is just beginning to pivot higher after testing its lower Bollinger Band (2,20) with oversold extensions on RSI, MACD, and W%R. We believe the stock could refill its bearish gap at $49.50, near-term.

After a nasty pullback on earnings, NKE appears to have caught support just below $82 and is beginning to pivot higher.  We believe it could refill its bearish gap at $88, near-term. The gap lower was an overreaction, we believe. The company did have a strong quarter.  The only real drag here was based on currency effects. Given time, the stock is likely to recover.

When markets are as volatile as they are, sometimes it’s best to invest in long-term opportunities, as we did with the following recommendations over the last two weeks.   Listed below is the stock, date, the closing price on that day and the current price.