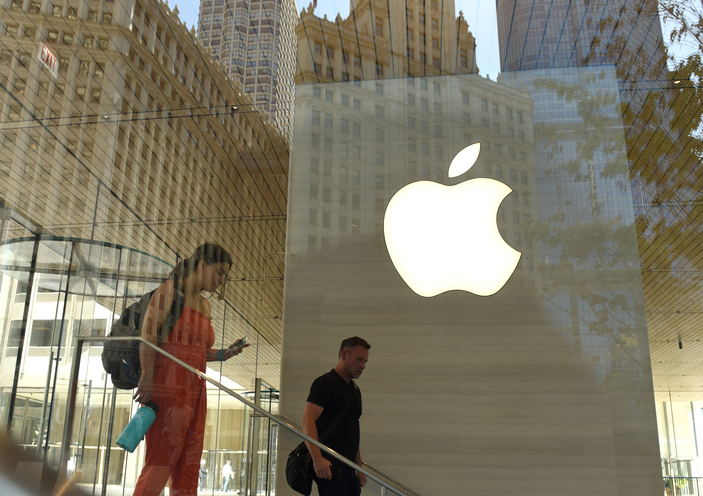 Apple Inc. (NASDAQ:AAPL) experienced a sharp decline in iPhone revenue in the December quarter. The decline does not come as a surprise as the company had raised the red flag early in the year. However, the drop underlines the fact that the company can no longer bank on iPhones if it is to continue posting impressive numbers going forward.

Smartphone saturation is one of the reasons why the tech giant can no longer bank on iPhones for revenue growth. People are no longer willing to spend huge bucks of money on smartphones that come with minor upgrades. A lack of innovation on the product line leaves the company with one option, change tack and try to focus on the service delivery business.

Apple as a product company has reached the maximum level it can grow. However, as a service company, the tech giant has a lot of room for growth given that it is still in the early stages into the business. For the longest time, the iPhone maker has not paid much attention to services right from Apple music to offering cloud services or streaming content.

Increased competition in the smartphone arena, as well as the standoff between the U.S and China, could force the company to tweak its business model to pay more attention to service delivery. For investors, a little bit of patience is necessary, as Apple will not change its business model right away.

The company should thus continue to feel the impact of a trade standoff between the U.S and China. A slowdown in the Chinese economy, as well as decline iPhone revenue, has already forced the company to lower its outlook for the year.

For investors looking to avoid the U.S vs. China standoff, then shunning Apple stock for the moment would be a right call. The likes of Alphabet Inc. (NASDAQ:GOOG), Netflix, Inc. (NASDAQ:NFLX) and Amazon.com, Inc. (NASDAQ:AMZN) continue to offer better value proposition as the iPhone maker continues to real from a bitter standoff between the U.S and China.

Amazon Netflix and Google enjoy some form of monopoly in their respective sector something that continues to affirm their long-term prospects. No one can interfere with the trio’s dominance without government intervention. For that reason, the company remain well positioned to continue dominating their respective sectors.

Amazon remains the undisputed king of e-commerce having shrugged off competition to build one of the largest business empires encompassing many countries. Unlike Apple, the company does not rely on one product or market for revenues. The e-commerce giant has diversified its revenue streams having ventured into the cloud business and content streaming as well.

Netflix is the juggernaut in the content streaming business. The company is reaping the rewards of an aggressive global expansion drive that has seen it diversify its revenue streams. The company has also invested big on original content that has allowed it to register robust growth in subscription numbers.

Google, on the other hand, is without the internet giant having curved for itself a substantial amount of market share in the search business. In addition, the company has strengthened its revenue streams with big investments on its video platform YouTube in pursuit of ad revenues. The company is also making a name of itself on the cloud business.

Diversification is one of the reasons why the three companies stand out as ideal bets amidst the shocks in the stock market, because of a slowdown in China and trade war. Regulatory risk, especially from Europe, is the only headwind that could take a toll on the trios operations.