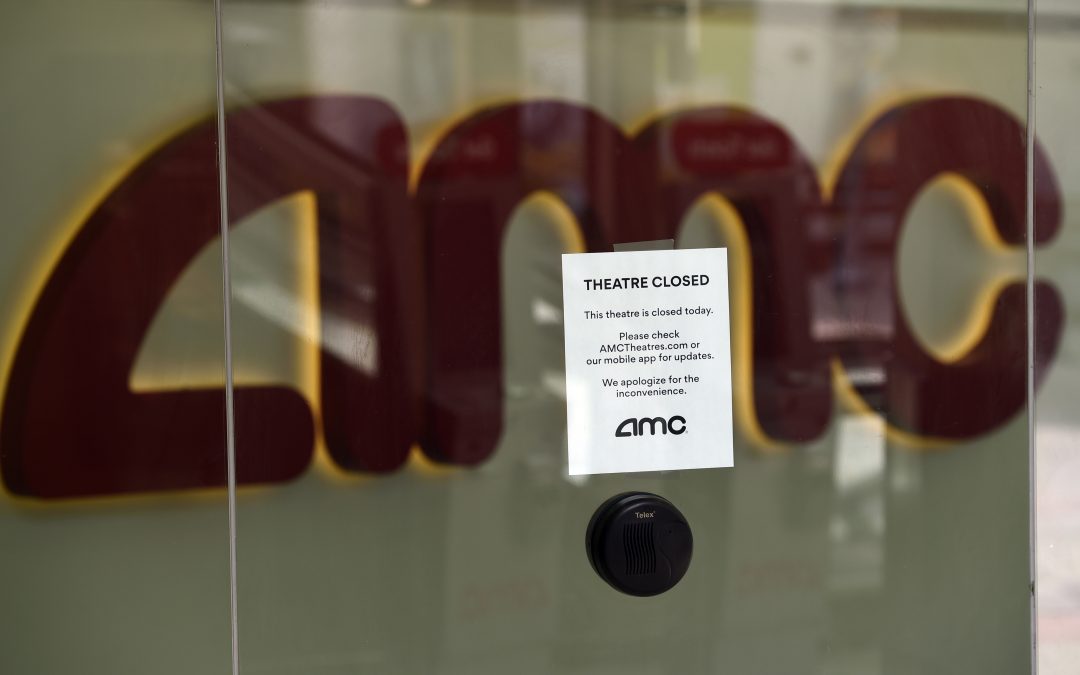 The outbreak of the coronavirus has dealt a shock to the global economy with unprecedented speed. Following are developments Wednesday related to the national and global response, the work place and the spread of the virus.

— AMC Entertainment lost nearly $2.2 billion in its first quarter as it struggled with the closure of all of its movie theaters amid the virus outbreak. The company recorded an approximately $1.85 billion impairment charge in the period.

AMC said Wednesday that it currently expects to have all of its theaters worldwide open in July. It has 10 theaters reopened in Norway, Germany, Spain and Portugal.

— Red Robin Gourmet Burgers’ sales fell 25.3% in its fiscal first quarter as the restaurant operator had to temporarily close its dining rooms. However, off-premise sales jumped 86.1% as the company shifted to pickup and delivery of orders.

Red Robin currently has about 270 dining rooms reopened. The company has more than 550 restaurants in the U.S. and Canada, including those that operate under franchise agreements.

GameStop said it had approximately 85% of its U.S. locations open at the end of last month, with limited customer access or curbside delivery. About 90% of its international locations opened in May. However, the company said it has since had to temporarily close approximately 100 U.S. stores due to nationwide protests. It anticipates keeping about 35 of those locations closed for the foreseeable future given extensive physical damage.

MANUFACTURING: General Motors is predicting that its U.S. factories will resume normal production by the end of June, perhaps sooner, while Ford expects to have its factories humming at pre-coronavirus levels by July 6.

Company executives made the predictions Wednesday at a Deutsche Bank autos conference.

GM Chief Financial Officer Dhivya Suryadevara said many factories were on two or three shifts of production already, and the company is working to fully ramp back up as quickly as possible.

Ford, GM and the rest of the U.S. auto industry closed factories in mid-March when employees started catching the coronavirus. Most reopened in May.

Ford Chief Operating Officer Jim Farley said the company hit 96% of its production targets in the first three weeks after it reopened factories on May 18.

— The French government has presented its new budget law for this year, which includes an emergency package of 460 billion euros ($523 billion) to support the country’s economy.

France’s budget deficit is estimated to reach a record-high of 11.4% in 2020, with debt representing 120.9% of gross domestic product by the end of the year.

— Germany is prolonging its travel warning for more than 160 countries outside Europe until the end of August.

The government agreed Wednesday to extend the guidance introduced on March 17 to almost all non-EU countries, with the exception of some that have successfully contained the outbreak. Last week, Germany downgraded its travel warning for the rest of the 27-nation EU, Switzerland, Liechtenstein, Norway, Iceland and Britain.

— Bangladesh’s economic growth would stand at only 1.6% in the current fiscal year ending this month amid authorities’ latest tally on Wednesday that the death toll crossed 1,000, the World Bank said. In its latest report, the global lending agency said Bangladesh’s growth was expected to slow because the virus outbreak led to serious disruptions in industrial production, a plunge in global exports and fall of remittance. Industry leaders of Bangladesh’s garment sector say orders worth $3.18 billion have either been cancelled or suspended by global brands, hurting an industry that earns about $35 billion a year from exports.

MARKETS: U.S. stock indexes are mostly lower in midday trading Wednesday ahead of an afternoon interest rate and economic policy update from the Federal Reserve.

SPECTATOR SPORT: NASCAR has decided that a limited number of fans can attend races this month at Homestead-Miami Speedway and Talladega Superspeedway.

NASCAR will allow up to 1,000 Florida service members, representing the Homestead Air Reserve Base and U.S. Southern Command in Doral, to attend the Cup Series race Sunday as honorary guests and view the race from the grandstands. Talladega Superspeedway in Alabama will allow up to 5,000 guests in the frontstretch grandstands/towers for the June 21 Cup race.