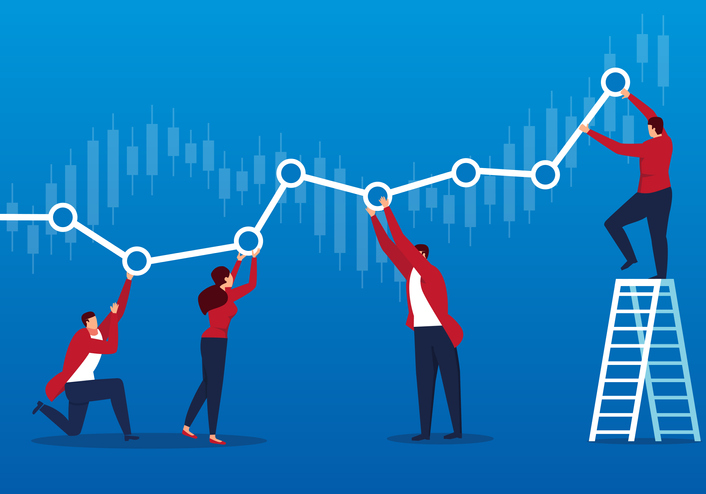 The Dow will top the 40,000 mark, however, prepare for a big ‘panic event’ that will shake the market. Well, those are the sentiments echoed by Yves Lamoureux the president of macroeconomic research at Lamoureux & Co.

Lamoureux has a reputation in getting it right when it comes to predicting where the markets are likely to go. In 2016, he predicted that the Dow would clock the 25,000 milestones within three to four years. The market did hit the milestone early last year, before experiencing a big panic event that triggered concerns of a potential market correction.

After the recent bounce back, the research analyst believes there is stillroom for another big panic event that will spook the market. However, he expects the massive pullback to create tremendous opportunities that investors can take advantage of. The next shake-up according to the market analyst should happen in the next six months.

Fuelling concerns of a potential market correction is the fact that China’s economy growth has slowed. The health of the global economy has also come into question, something that could affect capital inflows into the stock market. The next shake-up according to Lamoureux could see the Dow pulling back to the 21,000 a level, a sell-off that would result in tremendous opportunities on the risk-reward front.

While some stocks have shed a considerable amount of market value after a pullback from record highs, the researcher believes they should be a little bit lower. Apple Inc. (NASDAQ:AAPL) and Facebook Inc. (NASDAQ:FB) are such stocks that have pulled back after a meteoric rise early last year.

The next big drop similar to the one experienced last year according to the researcher could make investors question the market. However, any bounce back should fuel a sense of confidence allowing investors to buy some of their favorite stocks at a discount.

“If we ever get one more drop then you get ridiculous prices…reductions from the top. That’s what creates the next buying opportunity,” Lamoureux in a statement.

Lamoureux has already exited some positions in the market in anticipation of the next big panic event.  According to the market researcher, portfolio managers should tweak their investments by reducing exposure as some stocks are poised to edge lower. For investors, it is high time to keep some cash ready to invest in other securities such as bonds when stocks start taking a beating.

A meteoric bull run that had pushed the stock market to record highs mid last year suffered a big blow in the last quarter of 2018. The stock market came down tumbling as investors reacted to the Federal Reserve push to hike interest rates for the third time.

The markets also appear to have paid a hefty price as investors reacted to a trade war standoff, pitying the U.S and China. While calmness appears to have crept in on the FED reiterating a more cautious outlook, the stock market is still expected to experience wild swings. The fact that China’s economy has started showing signs of a slowdown in terms of growth at the back of a fierce trade war all but continues to fuel concerns about opportunities in the stock market.