Bitcoin (BTC) Yet To Find A Bottom Could Drop Further 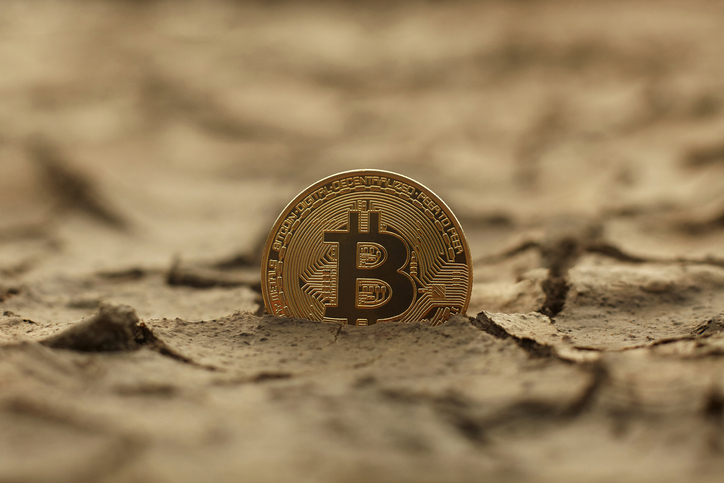 Bitcoin (BTC) is still a sell, as it is yet to find a bottom. Those are the sentiments shared by analysts at Cracked Market. According to Jain Ziedens, the flagship cryptocurrency is still struggling to find a base on waning demand.

The sentiments come on the flagship cryptocurrency coming under immense short selling pressure late last year that saw its tank from the $6,000 level to mid-3,000. Bouncebacks have since emerged as sell-off opportunities, where sellers have come back and continued to push the crypto lower.

It now appears that the sell-off wave is yet to lose its momentum. If prices were indeed in oversold territories, then the crypto would have bounced back. However, that has not been the case, which affirms the fact that another leg lower, could be in the pipeline.

Demand for the flagship cryptocurrency is still down, which according to Mr. Ziedens suggests that sellers will continue pushing the cryptocurrency lower. Demand has taken a hit in recent months amidst concerns in the broader cryptocurrency space. Regulatory pressures are some of the headwinds that have dealt Bitcoin and other cryptocurrencies a big blow.

Some countries have banned cryptocurrencies something that appears to have taken a toll on the sector. China and India barring people from using cryptocurrencies to transact has all but continued to pile pressure on the emerging sector.

Wild price swings and price implosion is another headwind that appears to have fuelled a wave of fear in the sector. People are increasingly shying away from buying cryptocurrencies amidst concerns of a potential bubble burst in the industry. High profile investors maintaining that cryptocurrencies are headed to zero has also continued to fuel fear among people.

Bitcoin remains range-bound between $3,200 and $4,200 with a bearish bias. What this means is that bears have the upper hand and could continue to push the crypto lower on bounce backs. A breach of the $3,300 level would dampen the sentiment resulting in the triggering of a few stops, something that would accelerate the sell-off.

Bitcoin is not the only cryptocurrency under immense selling pressure. Ether, which runs on the Ethereum blockchain, has also come under pressure in the wake of the broader sector turning bearish. The cryptocurrency has lost more than 80% in market value from its peak. Just like Bitcoin, it continues to trade in a steep downtrend.

Ethereum remains subdued in a tight trading range of between $116 and $167. A new uptrend could come into play on the crypto sustaining above the $167 mark. However, given the bearish biases, the probability of the cryptocurrency edging lower is high as short sellers remain in firm control.

Amidst the turmoil at the back of a bubble burst concerns, it is becoming increasingly clear that cryptocurrencies are here to stay. A number of mainstream companies have started adding support for various cryptocurrencies having become clear there is some value to generate from the sector.

Some companies are already accepting cryptocurrencies as a means of settling transactions, especially on e-commerce. Overstock is one of the companies that has continued to allow customers to pay for some items using Bitcoin.

Facebook is another high profile mainstream company believed to be considering adding support for cryptocurrency money in its apps. Immediate reports indicate that the social media giant is planning to enable the use of cryptocurrencies to transfer money in India.

In addition, some mainstream companies are developing platforms that will allow institutional investors to invest in cryptocurrencies. The parent company of the New York Stock Exchange Intercontinental Exchange is in the process of launching Bitcoin Futures on its Bakkt Platform.

Amidst the developments, a wave of uncertainty continues to grip the cryptocurrency sector, given the regulatory uncertainty as well as wild price swings.