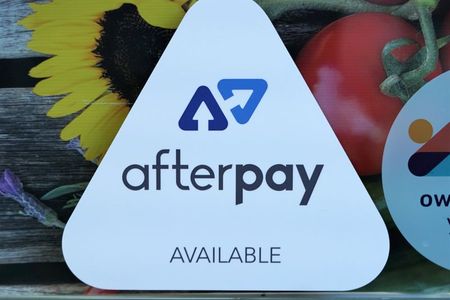 (Reuters) – Australian buy-now-pay-later firm Afterpay Ltd said on Tuesday it will launch a new banking application in October to attract young customers and shore up its core “buy now pay later” user base and transactions.

The banking application, called “Money”, will be tested internally before being launched for the company’s 3.5 million active customers in Australia, Afterpay said.

The application, designed to help manage expenditure and savings, will give its depositors an interest rate of 1% per year, according to the company.

Westpac Banking Corp, which teamed up with the BNPL firm in October last year, will be the regulated deposit account and card issuer for the users of the banking application.

Afterpay said it has obtained an Australian Financial Service license from the country’s securities regulator, which will allow it to provide customers financial advice, debit cards and deposit products.

(Reporting by Sameer Manekar in Bengaluru; Editing by Sandra Maler and Shounak Dasgupta)