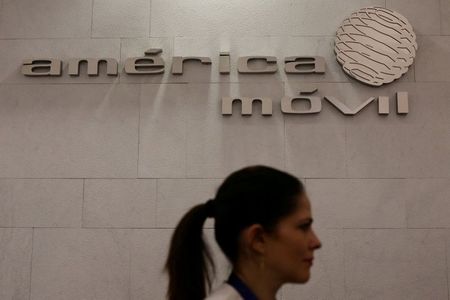 The company, which is controlled by the family of Mexican billionaire Carlos Slim, said profit surged to 42.8 billion pesos ($2.1 billion), beating the Refinitiv forecast of 25.15 billion pesos.

Foreign exchange gains drove down the local currency value of the company’s U.S. dollar debt. The Mexican peso appreciated 2.4% in the quarter against the U.S. dollar.

“The market should react favorably to the report,” said Marissa Garza of Banorte, adding that the company’s advance of 4.2 million subscribers added in the quarter “also stood out”.

The company’s revenues rose 0.4% to 252.5 billion pesos from 251.58 billion pesos during the year-earlier period, according to a filing with the Mexican stock exchange.

EBITDA was 84.9 billion pesos, an increase of 2.8% in nominal terms compared to the second quarter of the previous year, slightly ahead of forecasts.

America Movil’s operating income was up 9.3% to 44.7 billion pesos in nominal terms.