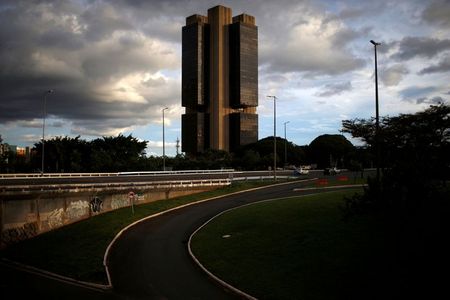 By Abraham Gonzalez and Rodrigo Campos

In the past three weeks, the central banks of Brazil and Mexico, the region’s two largest economies, raised their benchmark interest rates, widely telegraphed in the first case but shocking markets in the second.

The moves dramatized how an inflation red alert has suddenly sounded for policymakers in a region where countries like Brazil spent years struggling with hyperinflation and others like Argentina still battle double-digit annual price increases.

They shadow moves by the Fed, which last month began closing the door on its pandemic-driven ultra-easy policy. U.S. central bankers projected an accelerated timetable for interest rate increases and opened talks on how to end crisis-era bond-buying.

The inflationary pressure in Latin America stands in marked contrast to Asia’s emerging economies, where central banks are largely on hold, with demand weak as economies struggle to recover from the pandemic.

The way back to pre-pandemic times https://graphics.reuters.com/LATAM-CENBANKS/RATES/qmypmdadxvr/chart.png

In Brazil, markets now expect interest rates at the end of the year to be above their levels at the end of 2019, before COVID-19 lockdowns and when inflation pressures were harder to find.

Mexico is expected to raise rates more than 1.25 percentage points, or 125 basis points (bps), by the end of the year, after its first hike since 2018. Colombia, which last raised rates in 2016, is seen hiking over 150 bps by year end, despite defying expectations with a dovish statement after the most recent central bank meeting.

“Some central banks might have to increase rates beyond where they were prior to the COVID shock, to the extent that the COVID shock came with much higher commodity prices and lower currencies, a rare combination,” said Gustavo Medeiros, London-based deputy head of research at emerging markets-focused fund manager Ashmore.

He said the trend of weakening currencies has been changing, “which means that these inflationary pressures going forward are going to be much smaller.”

Case in point: Brazil’s real fell nearly 8% in the first quarter, among the weakest major currencies at the start of the year, but rebounded to be the top performer last quarter with a surge of more than 13%.

The sharp turnaround is due in part to Brazil’s central bank, now one of the emerging world’s most hawkish. At the turn of the year, its benchmark Selic rate was a record low 2% and the central bank’s rate-setting Copom committee had a policy of forward guidance to indicate rates would remain there.

With above-forecast inflation, Copom delivered its first rate hike in almost six years in March. It has not looked back, hiking by 75 bps at each of its next two meetings to 4.25% and even discussing a larger increase at its June meeting.

“As the global economy recovers quickly, inflation pressures have emerged first in emerging markets,” credit-rating firm S&P said this week, highlighting the accelerating tightening in Brazil’s monetary policy. “Additional countries in Latin America are likely to do so as well by end of the year.”

Economy Minister Paulo Guedes said last week that the real had room to strengthen “much more.” Copom could get some leeway on interest rates if a stronger currency can cool inflationary pressures, analysts say.

Policymakers in Chile in June discussed hiking rates, increasing the likelihood of an initial move this month. Markets expect the main rate, now 0.5%, to be around 2% by the end of the year, above the pre-COVID 1.75%.

Mexico raised its key rate by 25 bps to 4.25% last week, heightening expectations for further increases. The market, for now, has priced in 110 bps of further hikes by year-end.

Year-on-year inflation in Mexico was at 6% in mid-June, double the central bank’s 3% target.

In Colombia, where inflation pressures have remained benign amid a crushing COVID-related spike in unemployment even as the peso has weakened over 9% this year, the central bank is seen as having a gentler slope to climb.

“Colombia’s inflation outlook is more comfortable and has been very comfortable until recently. That’s why they have more time to react,” said Mauro Roca, emerging markets sovereign research managing director at investment management firm TCW. “Even in that case, we are expected to see a more hawkish tone in preparation for liftoff later in the year.”

Managing expectations will be the key factor to retain the credibility of the region’s central banks, whether by more hawkish statements or actual hikes.

“Much of the macroeconomic health of the countries of the region will depend on the credibility that their central banks can deliver to market,” economist Jonathan Fortun at the Institute of International Finance told Reuters.

“Failure to do this has left very painful consequences in the region at different times in the past.”