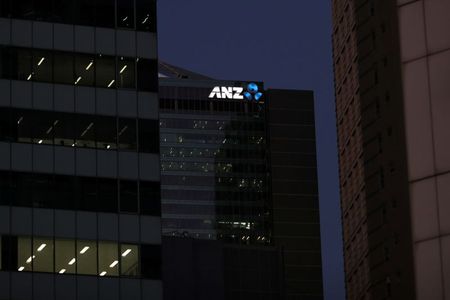 (Reuters) – Australia and New Zealand Banking Group on Monday became the first domestic bank to say it would return up to A$1.5 billion ($1.11 billion) to shareholders by buying back its stock starting in August.

After posting a stellar round of earnings for the March-quarter, Australia’s “big four” banks were expected to return as much as A$26 billion in cash over the next two years, with investors betting Commonwealth Bank would be the first to move.

“After reviewing options, we consider an on-market buyback to be the most prudent, fairest and flexible method to return capital in the current environment,” ANZ Chairman Paul O’Sullivan said in Monday’s filing to the stock exchange.

Continued strength in the Australian economy had assured the lenders were largely unscathed from the pandemic, with ANZ adding that it would consider returning more capital in the future.

(Reporting by Anushka Trivedi in Bengaluru; Editing by Shailesh Kuber)