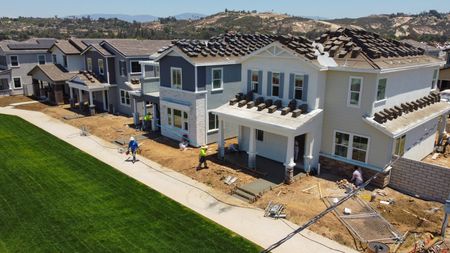 (Reuters) – The average interest rate on the most popular U.S. home loan rose to its highest level since 2009 last week and demand for mortgages jumped for a second straight week despite the rising costs, Mortgage Bankers Association data showed on Wednesday.

The average contract rate on a 30-year fixed-rate mortgage increased to 5.53% in the week ended May 6 from 5.36% a week earlier, the MBA survey showed.

It has now risen 242 basis points from 12 months ago, the sharpest rise in decades, as the U.S. Federal Reserve tightens financial conditions to try to dampen demand across the economy as it battles a 40-year-high inflation rate.

The housing market, flashing signs of overheating over the past two years, is seen as a particularly rate-sensitive sector and Fed policymakers are keen to sap some of its current double digit annual price growth.

Whether they can cool the market as much as they hope remains to be seen, with price growth fueled by record-low housing stock, unusually high household savings, an extremely tight job market and increased worker mobility.

Mortgage applications rose last week for the second week in a row. The MBA said its Purchase Composite Index, a measure of all mortgage loan applications for purchase of a single family home, increased 4.5% from a week earlier. However, this was still below the levels seen just a month ago and almost 8% lower than the same week one year ago.