Avianca to reoffer jobs to around 100 pilots amid restructuring 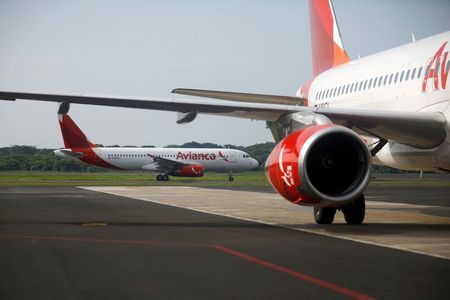 BOGOTA (Reuters) – Airline Avianca Holdings, which is in the process of finishing a restructuring process under Chapter 11 bankruptcy, is to offer around 100 pilots who left the company following a strike in 2017 the chance to rejoin the company, it said on Thursday.

“Without doubt, today we mark a milestone in our history and this is a golden opportunity to start from scratch, to strengthen teamwork and build the Avianca we all need,” said the company’s chief executive and president, Adrian Neuhauser.

The airline struggled with a 51-day pilots’ strike between September and November 2017, grounding half its fleet and resulting in dozens of pilots being fired, while others resigned or were pensioned off.

The plan will permit the airline to operate more than 200 direct routes with its fleet of more than 130 aircraft by 2025, it said.

The pilots who return to Avianca will do so under the same conditions that were agreed with pilots in 2020, while the company plans to start a training program that exceeds the requirements of aeronautical regulations.

Avianca filed for Chapter 11 bankruptcy after being battered by the coronavirus pandemic. A court in the United States approved the company’s restructuring plan in November.