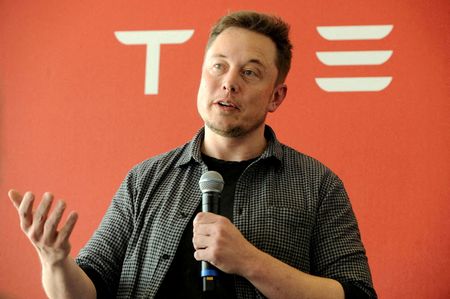 The meeting comes weeks after the world’s richest man clinched a deal to buy the social media company for $44 billion in cash.

In a video with the two men posted on Twitter by Breton, the EU official tells Musk that he explained the Digital Services Act to Musk. “It fits pretty well with what you think we should do,” Breton tells Musk in a tweet that included the hashtag #DSA.

“I think it’s exactly aligned with my thinking,” Musk responds.

The two did not go into detail on the new law, which levies hefty fines on companies if they do not control illegal content. The rules ban advertising aimed at children or based on religion, gender, race and political opinions, for example.

Musk secured the deal to buy Twitter last month with a pledge to revitalise the company and expand the number of users by cracking down on spam bots and reducing the amount of moderation to facilitate more “free speech”.

The billionaire’s comments prompted a rejoinder from Breton that Twitter must comply with new EU rules known as the Digital Services Act tackling illegal online content.

Breton and Musk had been expected to discuss global supply chain issues during the EU official’s visit to Tesla Inc’s new Austin plant. 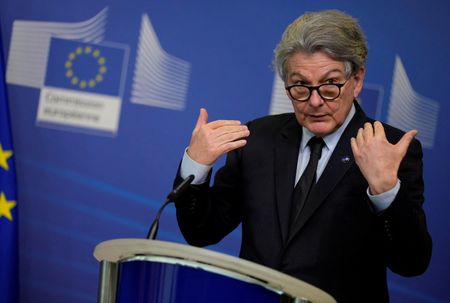