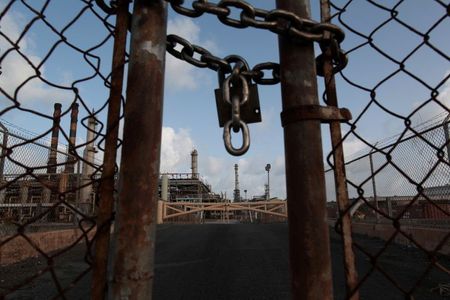 (Reuters) – The Limetree Bay refinery, which landed in U.S. bankruptcy court on Monday, needs at least $1 billion to finish a massive overhaul to continue as a viable operation, according to bankers, lawyers and restructuring specialists involved in the case, stacking the odds against the Caribbean facility resuming operations.

The St. Croix-based facility’s owners burned through $4.1 billion to resurrect what was once the largest refinery in the Western Hemisphere, hoping to take advantage of rising global demand. Instead, the refinery only operated for three months before U.S. environmental regulators shut it in May due to foul odors and noxious releases that harmed nearby communities.

Limetree filed for Chapter 11 bankruptcy protection with no clear path to restructure some $1.8 billion in debt. It says it needs “at least $150 million” to restart, but restructuring specialists familiar with the operation put that figure at an additional $1 billion.

That grim assessment comes from interviews with several Wall Street bankers, lawyers and restructuring specialists involved in the bankruptcy case or closely familiar with it. These sources did not want their names used in this story because they are not authorized to speak publicly about the matter.

The facility also now faces the specter of ongoing investigations by the U.S. Environmental Protection Agency and the U.S. Justice Department.

Even if Limetree were to restart, it faces several challenges. The refining market is already weak after fuel demand was hit by the coronavirus pandemic, and heavy crude oil favored by Limetree is in short supply due to reduced production out of Mexico and Venezuela, putting its price near three-year highs, which hurts potential margins.

The refinery’s oil supplier, BP, is among the largest unpaid trade suppliers to Limetree and has shifted investment to wind and solar from fossil fuels.

Limetree also has higher fuel expenses because it burns fuel oil or refinery gases to power operations, according to analysts at Morningstar, compared with U.S. refineries that power themselves with cheaper natural gas. That extra cost is enough to shave $1 to $2 per barrel off refining margins, analysts say.

A restructuring firm hired by Limetree to find emergency financing contacted 50 potential sources, but only a few expressed interest. Limetree got a commitment for up to $25 million from Arena Investors LP, which specializes in distressed situations. That cash would only last for two or three months, according to a budget forecast filed with the bankruptcy court.

Jones, a veteran of several refinery restructurings, said Limetree’s liquidity situation was one of the most dire he has ever seen.

Last week, even meeting July payroll looked doubtful. A lending group that included Australia’s Westbourne Capital and the Abu Dhabi Investment Authority refused to allow the refinery to tap the fifth and final tranche of a $900 million loan facility, leaving $131 million out of reach.

Westbourne and the Abu Dhabi group declined to comment for this story.

Other investors refused to step in because of pollution-related investigations by the EPA and the Justice Department, according to a narrative provided by Limetree’s bankruptcy and restructuring team to the U.S. Bankruptcy Court of the Southern District in Texas.

Limetree was once a tantalizing prospect for Arclight Capital Partners LLC. The Boston-based private equity investor led the group that bought the refinery out of bankruptcy in 2016 and secured about $3 billion in commitments to revitalize the refinery and adjacent storage terminal.

Arclight, which declined to comment for this story, first wanted to just re-open Limetree’s storage terminal, but then shifted to a bigger ambition: restart the one-time Hovensa refinery, a joint venture between Hess Corp and state-run Petroleos de Venezuela SA (PDVSA).

The refinery, which once processed about 600,000 barrels per day of oil, shut in 2012 after losing $1.3 billion and running afoul of the EPA for violations of the Clean Air Act.

The restart project was delayed and costs soared. Arclight underestimated, for example, that it would have to replace miles of rusty pipe on a sprawling complex of nearly 2,000 acres (8 square kilometers). At its peak, the refinery’s overhaul employed about 4,000 people, according to people familiar with the situation.

Once Limetree fired up in February with the aim to produce 210,000 bpd of fuel, residents in nearby communities complained about foul odors and emissions.

Meanwhile, Arclight’s role as lead equity sponsor of the project diminished after a consensual, out-of-court restructuring earlier this year diluted the stakes of junior investors in favor of senior lenders.

In April, Arclight officially exited the project, essentially turning over the keys to a mezzanine financing group led by New York-based private equity firm EIG Global Energy Partners, who became “reluctant” owners of the project, according to Chairman and Chief Executive Blair Thomas.

Arclight and its limited partners lost several hundred million dollars. Pension funds, including those representing Maine teachers and NFL football players were among the losers, according to financial disclosures reviewed by Reuters. Preferred equity investors lost about $550 million.

In May, the refinery spewed an oily mist on the homes of residents, and the EPA stepped in, shutting down the refinery.

EIG’s Thomas, in a statement, said Limetree will compensate residents for that damage. “While management and the board support these payments, to date the senior lenders have objected.” 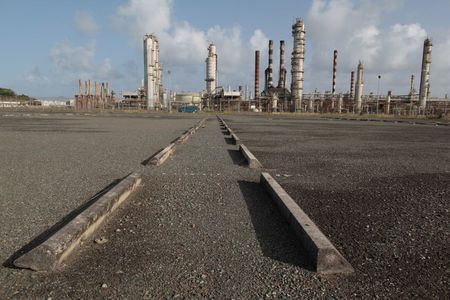 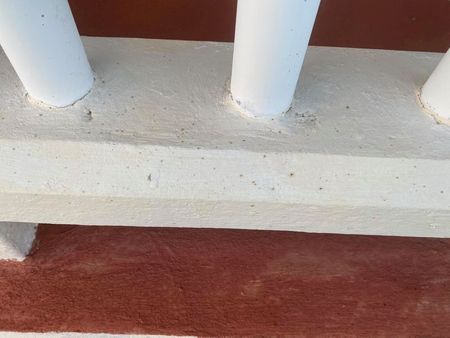