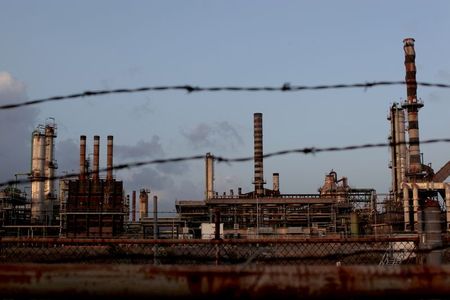 (Reuters) -A U.S. bankruptcy judge on Tuesday raised concerns that Limetree Bay refinery on the Virgin Islands may not have enough money to get through the early days of its Chapter 11 restructuring.

Jones, who is based in Houston and a veteran of a number of refinery restructuring in the southern district of Texas, added that his liquidity concerns are among the worst he has ever had.

The refinery is due to receive up to $25 million in interim financing as it tries to restructure nearly $2 billion in debt. Jones approved the financing.

Limetree filed for Chapter 11 protection on Monday after spending more than $4 billion trying to restart the refinery on St. Croix.

But lawyers for Limetree say the refinery needs at least $150 million in funding to maintain operational capabilities, complete ongoing repairs and retrofitting, fund necessary repairs identified by the U.S. Environmental Protection Agency and establish a reserve for potential expenses.

(Reporting By Tim McLaughlinEditing by Chris Reese and Marguerita Choy)