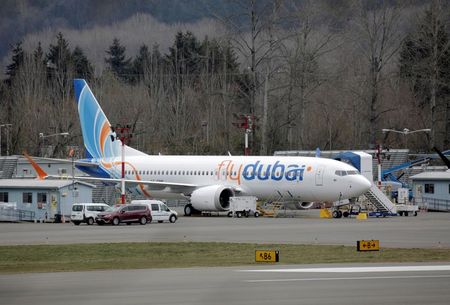 DUBAI (Reuters) -United Arab Emirates airline flydubai said on Tuesday it had agreed with Boeing to cut the number of Boeing 737 MAX aircraft it will take delivery of by 65.

The airline has already taken delivery of 16 MAX jets out of its total order of 251, according to Boeing’s web site.

“flydubai has reached an agreement with Boeing and the airline has adjusted its aircraft orders which had been placed in 2013 and 2017,” the statement said.

flydubai said the change to the order followed “a review of … fleet plans in line with the airline’s strategy of rebuilding the travel sector following the COVID-19 pandemic and the changing dynamics of the airline’s route structure.”