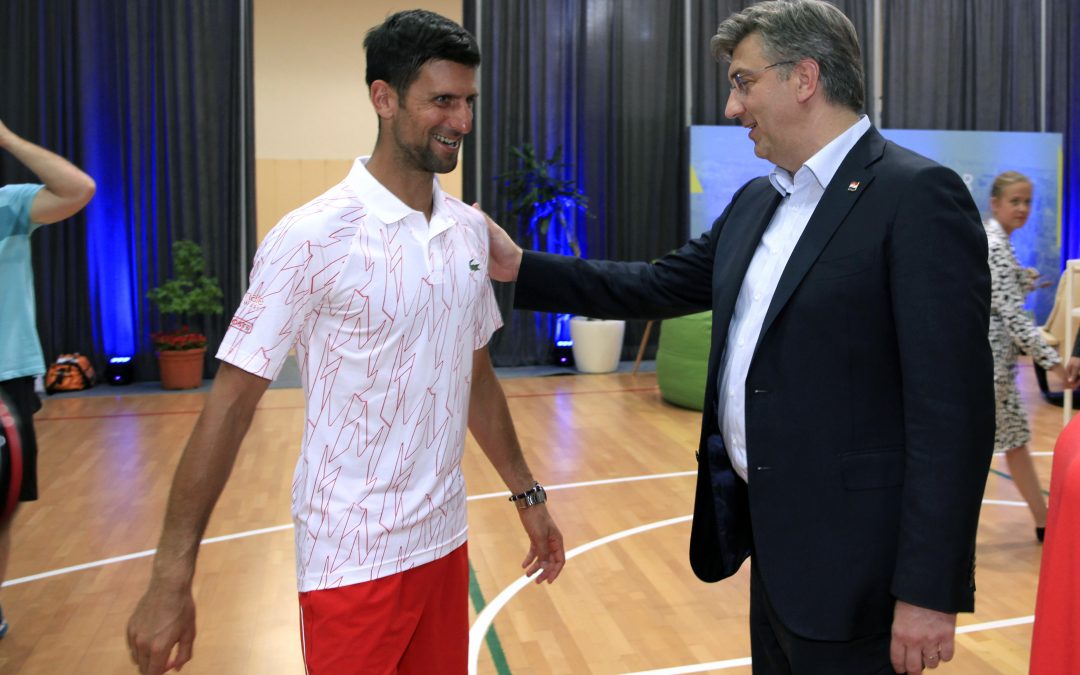 ZAGREB, Croatia (AP) — Croatia on Wednesday was mulling whether to partially restore border restrictions for the citizens of several other Balkan countries after a spike in cases of the coronavirus and an outbreak at an exhibition tennis tournament organized by top-ranked Novak Djokovic.

Croatia’s crisis team is yet to decide whether to impose stricter control and possibly 14-day isolation for travelers coming in from Serbia, Bosnia, Kosovo, Montenegro and North Macedonia, officials said.

The European Union country on Tuesday reported 30 new coronavirus cases, including a dozen among nuns at a convent in a central region. Croatia has had 2,366 cases of infection while 107 people died.

Dozens of new infections are being reported daily in Serbia, Bosnia and other Balkan nations that have seen a spike after relaxing anti-virus rules.

Tennis star Djokovic has tested positive for the virus, along with three more players who took part in the charity tournament in the coastal Croatian town of Zadar. Dozens more people are being tested in the town, who participated or visited the event.

They included Croatian Prime Minister Andrej Plenkovic, who has been criticized just days before a parliamentary vote on July 5 for not self-isolating after an encounter with Djokovic. Plenkovic has tested negative and says he only briefly saw the Serb player.

“There has been no close contact. All epidemiologists explained that. That topic is finished,” he told reporters Wednesday, according to N1 television.

Croatia reopened its borders before the summer tourism season — the tourism industry is key for the nation’s economy, which is among the weakest in the EU.

In Serbia, authorities on Tuesday made wearing masks on public transit obligatory while reporting 102 new cases. Lockdown measures in the country have been loose and epidemiologists are facing public backlash for not reacting before holding a national election last weekend that cemented the the ruling populists’grip on power.

Djokovic’s charity Adria Tour had opened in Serbia earlier this month, when thousands also attended soccer matches without respecting social distancing rules or wearing masks. Serbia has had 13,092 cases of infection and 263 deaths.

“I expect the citizens to realize that this is the last moment to get serious about the situation,” Tiodorovic told state RTS television. “We don’t expect rigorous measures such as curfew, but we must raise awareness.”

Neighboring Bulgaria’s government has ordered a state of emergency to remain in place until July 15, announcing no new restrictions but tightening the existing ones — wearing face masks indoors was reinstated earlier this week and travel bans remain in place for most non-EU countries.

Health Minister Kiril Ananiev has said that average daily number of infected people jumped nearly threefold this month. The country of 7 million people has reported 130 additional cases of the coronavirus over the past 24 hours, which marked a record one-day increase in confirmed cases.

Figures released Wednesday showed a total of 4,114 cases with 208 deaths.

Romanian doctors too have appealed for citizens to respect anti-virus rules after seeing a daily rise of 300 cases in the past week. Still, the country has no immediate plans to reintroduce lockdown measures.

Further south in Kosovo, the government has reluctantly warned it would have to reinstate some economically-damaging lockdown measures after a rise in the number of infections in the past three weeks. Neighboring Albania still doesn’t allow big gatherings, but cafes are full and people generally no longer adhere to social distancing measures.