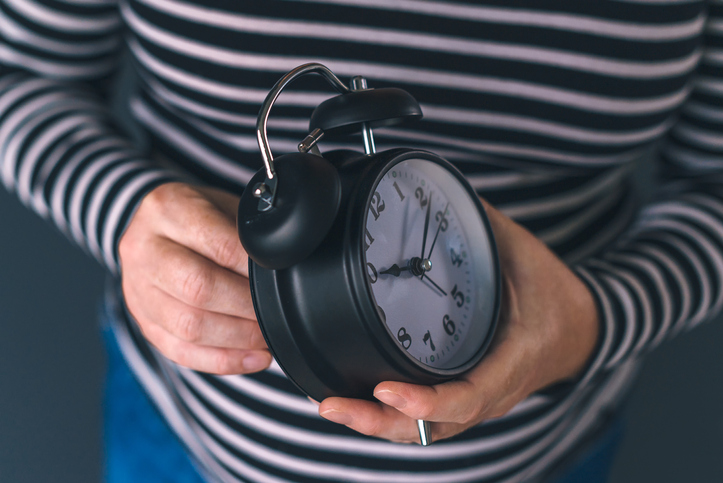 Stocks have experienced sharp swings both up and down in recent weeks. The swings have come into being, on investors reacting to a string of geopolitical as well as economic developments that have continued to rock the markets. While focus until now has been on stock’s outlook amidst varying economic cycles, a shift in daylight saving time might be another headwind which traders will have to pay attention.

A study by the American Economic Review indicates that stock market returns tend to plummet below average on the Monday that a shift in daylight saving takes place. The below average returns come into being because of countless individual decisions attributed to a change in sleep patterns.

Losing Sleep at the Market: The Daylight Savings Anomaly study indicates that a change in sleeping patterns many at times triggers anxiety. This goes a long way in affecting judgment as well as the ability of traders to solve problems presented to them in the market.

While the market does not always fall on the first Monday of daylight saving, the fact that it happens more often than not indicates it is a significant development worth paying attention to. Studies indicate daylight saving influences traders decisions 95% of the time, leading to what has come to be known as daylight savings anomaly.

However, tacticians have warned against trading the daylight savings anomaly as a major development. While the anomaly is statistically significant, the fact that its magnitude is modest calls for little bit caution compared to other developments that affect the markets.

Separately, markets fell after the February Jobs report showed non-farm payrolls increasing by just 20,000. In contrast, the unemployment rate fell to 3.8% beating consensus estimates of 3.9%. A rise in pay is one of the reasons why the markets did not take a big hit even on the job numbers failing to beat estimates.

A slowdown in the U.S labor market adds further points to a slowdown in economic activity. A torrent of bad news has been streaming in, Kick-started by a plunge in retail sales, for the first time in nine years.

Major indices marked a fifth straight day of losses edging lower as traders reacted to weaker than expected payroll numbers as well as growing concerns about the health of the global economy. The S&P 500 fell 0.7% as the Dow Jones Industrial fell 0.6%. The two-benchmark indices have so far lost over 2% over the past one weal

A rise in average hourly earnings while a good thing is not always good for corporations. This is in part because a spike in earnings means a spike in expenditure for companies, something that could significantly hurt the company’s earnings growth.

Spiraling pressure on profit margins, in recent quarters, has been one of the reasons why investors have continued to shun equities. Over the last six months, earnings per share forecasts have dropped 5.3% indicating that earnings could continue to drop going forward. However, revenue projections have continued to tick higher in response to growing consumer spending.

“Profit margins are a growing concern. That is why the market has been concerned with accelerating wage growth. What you need to see is higher sales figures that offset these wage increases,” said Quincy Krosby, chief market strategist for Prudential Financial.