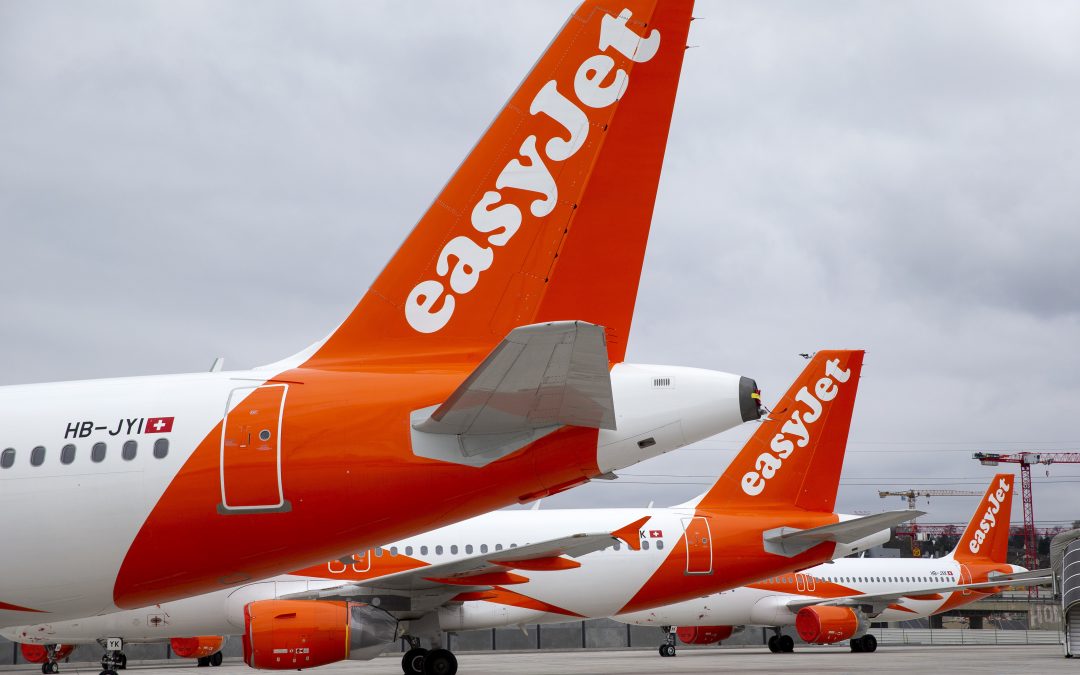 LONDON (AP) — European budget carrier easyJet and American Airlines both plan to cut large parts of their workforces as the global aviation industry struggles to cope with a near total halt to travel amid the COVID-19 pandemic.

Easyjet said Thursday that it will cut up to a third of its 15,000 employees. It aims to resume limited service on June 15, but estimates that it may take three years for demand to get back to the levels of 2019, before the coronavirus outbreak grounded flights around the world and pushed the global economy toward a deep recession.

“We do it to make sure that easyJet not only survives through this period, but also comes out of this as a strong and competitive company,” CEO Johan Lundgren said. “This is still the worst crisis that this industry has ever been faced with. There’s a huge amount of uncertainty going forward.”

The airline said it expects to have reduced its fleet size by around 51 aircraft to approximately 302 by the end of September.

American Airlines, meanwhile, plans to cut its 17,000 management and support staff by 30%, or about 5,100 jobs. That could include layoffs in October if there aren’t enough takers for a buyout offer.

Executive Vice President Elise Eberwein said in a memo to employees Wednesday night that nearly 39,000 other employees have signed up for partially paid leave or early retirement, and the airline has extended a buyout offer to administrative staff. Laid-off workers will be paid through Sept. 30 to comply with a no-furloughs provision attached to $5.8 billion in federal aid that American is getting to help cover payroll costs.

Aviation has been hard hit by the virus, as governments shut down travel to prevent the spread of COVID-19. Airlines are cutting jobs, going bankrupt and seeking bailouts, including Germany’s Lufthansa, Latam Airlines and the major U.S. carriers. That is causing ripple effects throughout the industry, with planemaker Boeing and others slashing jobs as well.

Unions representing workers in aviation fear that companies are using the emergency to shed employees unnecessarily. Some, like Brian Strutton, general secretary Balpa, the British pilots’ union, described the scale of cuts as shocking.

“Given easyJet is a British company, the U.K. is its strongest market and it has had hundreds of millions in support from the U.K. taxpayer, I can safely say that we will need a lot of convincing that easyJet needs to make such dramatic cuts,” he said.

“Indeed, easyJet’s own projections, though on the pessimistic side, point to recovery by 2023 so this is a temporary problem that doesn’t need this ill-considered knee-jerk reaction.”

Executives like Lundgren are also sharply critical of U.K. government plans going forward, particularly a 14-day quarantine period for international arrivals which comes into force on June 8. The rationale is unclear, he said.

“While you see restrictions and the few examples of quarantine that exist around Europe today are being lifted and relaxed, the U.K. is going the other way,” he said. “How do you explain to British people that we’ll see Germans and other European nationalities going to holidays in Greece and parts of Spain where there’s less risk of being infected than in places in the U.K.?”