EU urges China to move on trade, back off in Hong Kong 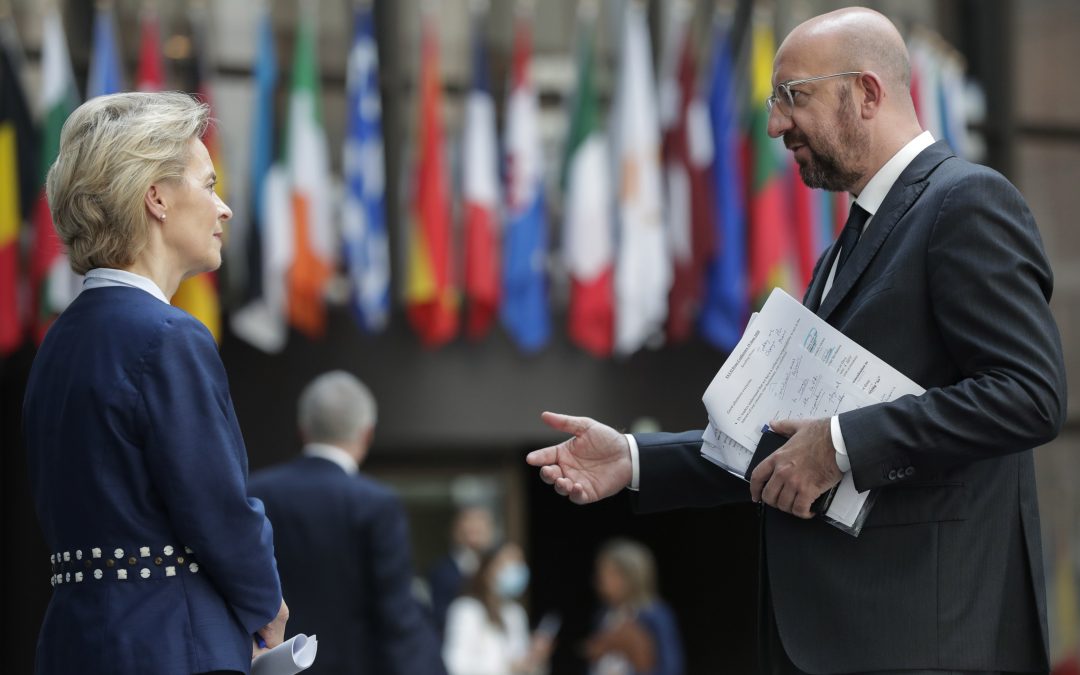 The 27-nation bloc is China’s biggest trading partner, but also an economic competitor, and as Beijing has become more assertive in recent years, the EU has struggled to balance its commercial interests with a country that it also sees as “a systemic rival.”

“Progress is needed in many areas to re-balance this relationship, and we made clear that we need to resolve concrete problems,” Michel said, firing off a list of outstanding issues like market access, subsidies, regulatory issues, public procurement, the forced transfer of technologies and WTO reforms.

No Chinese officials took part in the news conference.

Von der Leyen said Brussels and Beijing hope soon to sign an agreement on geographical indicators that would protect national producers, but she lamented the general lack of progress, particularly on lifting market access barriers, since last year’s EU-China summit.

“We continue to have an unbalanced trade and investment relationship,” she told reporters. “We need to follow up on these commitments urgently. And we also need to have more ambition on the Chinese side in order to conclude negotiations on an investment agreement.”

In a statement after the meeting, the Europeans expressed “grave concerns” at China’s decision to impose its security law on Hong Kong, saying that Beijing’s actions contravene its international commitments and “put pressure on the fundamental rights and freedoms of the population.”

They also raised concerns about human rights abuses in Xinjiang and Tibet, as well as reports of people who disappeared after expressing their views on China’s handling of the coronavirus. The “continued arbitrary detention” of Swedish citizen Gui Minhai and two Canadian citizens – Michael Kovrig and Michael Spavor – was also highlighted.

She also raised concerns about a disinformation campaign by China linked to the coronavirus, and noted, without elaborating, that “we’ve seen cyber attacks on computing systems, on hospitals, and we know the origin of the cyber attacks. ”

While Monday’s video summit did not produce concrete results — no joint statement was issued — the Europeans hope it will boost slow-moving talks on an investment agreement they have been working on at technical level, and build some common ground for tackling thorny political issues at a face-to-face meeting, hopefully late in the year.

The meetings come at a time when China stands accused of trying to influence European officials and EU foreign policy chief Josep Borrell, who also took part in the meetings, has twice denied in recent months that the External Action Service — a kind of EU foreign office that he leads — has bowed to Beijing’s pressure to alter documents.

Von der Leyen described the EU-China relationship as “not an easy one, but one we’re working on.”