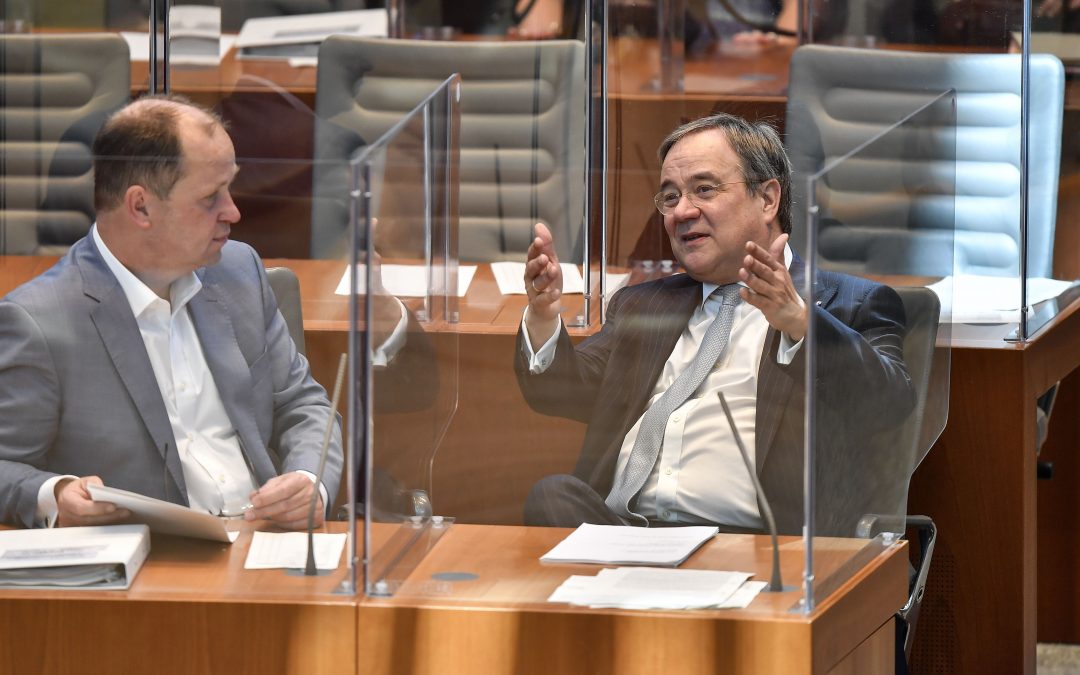 DUESSELDORF, Germany (AP) — The governor of Germany’s most populous state faced criticism Wednesday over his handling of a major coronavirus outbreak at a slaughterhouse, as a partial lockdown took effect in part of the western region.

North Rhine-Westphalia’s state government on Tuesday announced the reimposition of many lockdown measures in Guetersloh county, home to the Toennies slaughterhouse in Rheda-Wiedenbrueck, and neighboring Warendorf county, where many of its workers live. Between them, the two districts have more than 600,000 inhabitants.

Well over 1,000 infections have been linked to the slaughterhouse, and state governor Armin Laschet said restrictions were being imposed for a week to “calm the situation,” expand testing and establish whether the virus has spread beyond employees.

Political opponents and other critics argue that he should have acted sooner. Laschet, who is also a contender for the leadership of Chancellor Angela Merkel’s center-right party — and possibly to succeed Merkel as Germany’s leader — has been a leading advocate since April of easing coronavirus restricions.

“Today, Rheda-Wiedenbrueck is the biggest hot spot in the whole of Europe,” center-left opposition leader Thomas Kutschaty told the state parliament in Duesseldorf. “The state could have used a government that intervened quickly and decisively, and didn’t wait a week to prevent a second wave of infections rolling over all of Germany and Europe.”

“Now we can only hope that it is not already too late,” Kutschaty said.

Laschet strongly defended his stance. Speaking before Kutschaty on Wednesday, he noted that his state has now become the first to significantly reverse the easing of restrictions.

Laschet said the restrictions earlier this year were all necessary.

“But I expect of everyone who carries responsibility, every head of government, that when he gets up in the morning he asks himself: is this intervention in fundamental rights still necessary?” Laschet said. “And if he concludes that it is, it is extended — but he shouldn’t think every morning, what else could I restrict and ban?”

The 199-member state legislature was meeting at full strength for the first time since the pandemic hit Germany, with three-sided acrylic cabins set up around the seats to separate lawmakers. In recent weeks, only a third of lawmakers had been able to attend because of distancing rules.