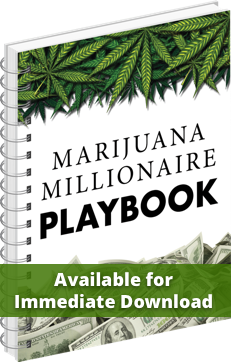 Your Free Pot Stock Guide Is Available For Immediate Download

Right now, marijuana legalization has created a once in a lifetime BOOM… One that could be over just a few short months from now. That’s why one famous pot stock expert put together a full guide… Showing you how you could start in the BOOMING marijuana industry with just $100… Turn that tiny stake into a potentially massive fortune… And retire incredibly wealthy in less than a year. Now, he’d like to offer you this free guide straight to you today… Click here to see how to claim it.

Even with trade war tensions, the S&P 500 is on track for its best month in 60 years.

In fact, after running 7% higher from 2,728 to 2,924, it’s the index’s best June since 1955 when the S&P 500 ran 8.23% higher, notes CNN.  Stocks shot higher in June on hopes the Federal Reserve would soon cut interest rates again to boost an ailing U.S. economy, and prevent potential fallout from the longstanding trade spat with China.

Further potential action from the central bank depends on the outcome of this weekend’s most anticipated G20 meeting between President Trump and Chinese President Xi Jinping.  Should the two sides find some common ground, and help thaw relations, markets could stage a relief rally.

While we wait to see what happens next, here are some of the top stocks to watch:

DZZ offers 2x daily short leverage to the broad-based Deutsche Bank Liquid Commodity Index-Optimum Yield Gold, making it a powerful tool for investors with a bearish short-term outlook for gold futures. In our opinion, it’s a great way to trade very overbought gold prices. At the moment, investors are piling into the safe haven of gold, sending the precious metal to a six-year high. However, gold has become aggressively overbought. In fact, since late May 2019, all gold has done is run higher in a straight line from $1,272 to a current price of $1,413. When gold begins to reverse course, the DZZ is one of the top ways to trade it.

RIOT has been explosive as cryptocurrencies have pushed higher. After a disastrous 2018, Bitcoin (BTC) has exploded from a 2019 low of $3,782 to nearly $13,000. Shares of RIOT have benefited from that push higher thanks to its involvement in building, supporting, and operating blockchain technologies and mining operations.

At a 52-week low, HAL joins a good deal of ridiculously oversold oil stocks that still hold a good deal of long-term promise. At the moment, it’s trading at less than growth with a PEG ratio of 0.89. It’s also trading at jut 0.83 of sales. Given time and plenty of patience with rebounding oil prices, we expect to see a sizable move higher in coming months, especially as tensions with Iran just begin to boil over with President Trump threats of “obliteration.”