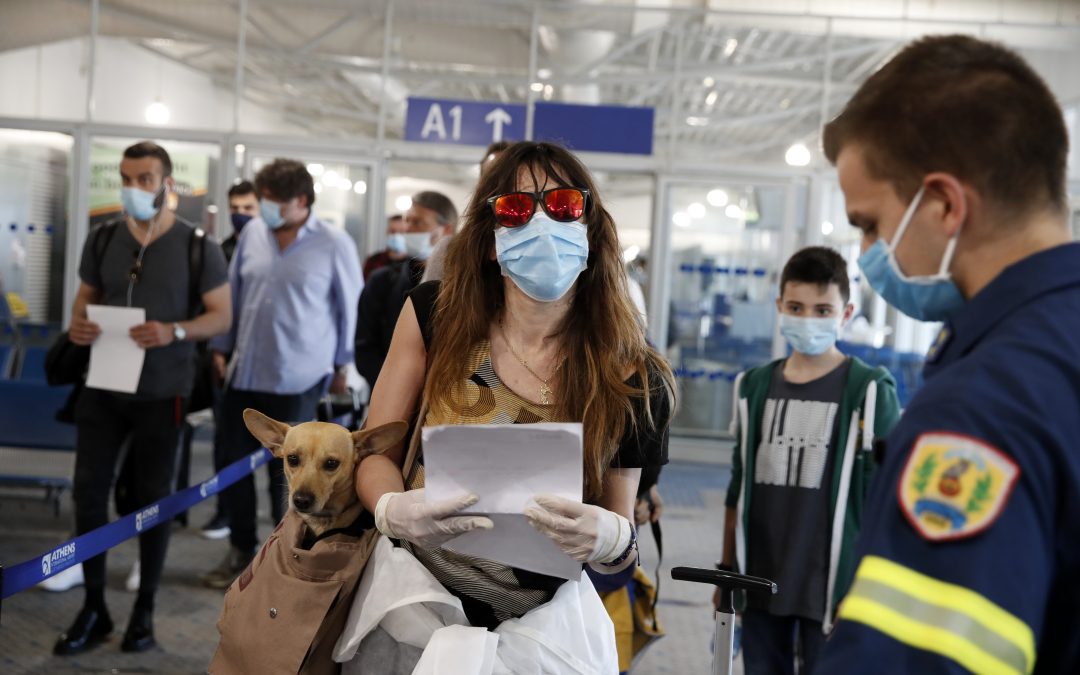 ATHENS, Greece (AP) — The restrictions on travel and business imposed to stem the coronavirus’s spread wiped out nearly all travel revenue for Greece in April, according to Bank of Greece figures.

“The fall in travel receipts resulted from a 96.2% decline in inbound traveler flows and a 62.2% decrease in average expenditure per trip,” the Bank of Greece said in a statement.

Greece’s economy depends heavily on tourism, which directly and indirectly accounts for around 20% of annual gross domestic product. After an early lockdown imposed in early March kept coronavirus deaths and serious illnesses at low levels, the country is now reopening to visitors from abroad, with the government hoping to salvage what it can from the lucrative summer tourist season.

Visitors have been able to fly into Athens and the northern city of Thessaloniki since June 15, while direct international flights to regional airports restart on July 1. Year-round hotels were allowed to open earlier this month, but many remain shut due to a lack of bookings.

Travel receipts in the four months from January to April dropped 51.4% from a year earlier, the Bank of Greece said, with a 36% drop in the number of people arriving in the country.

“Among major countries of origin, there were only some modest visitor flows from Germany, and those were down 99.2% year-on-year,” it said.