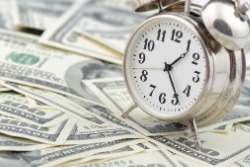 How To Enjoy Up To 1,279% Profits While Trading Just Once Per Week…This could be the easiest way to turn $5,000 into $68,978. Start profiting from options – Download your free report titled Overnight Trader – right now.

All as markets cheered the possibility that the Federal Reserve would cut interest rates next month.  While the Fed has hinted it’ll wait until 2020 to do so, the market thinks otherwise. In fact, according to the CME Fed Watch Tool, there’s 72% probability of a cut.

“Markets are based on numbers and perception. If the perception is rates are getting cut, that’s going to drive markets higher,” said Kathy Entwistle, senior vice president of wealth management at UBS, as quoted by CNBC. “UBS’ stance up until yesterday was we wouldn’t see any rate cuts this year. Now we see a much larger chance of a 50-basis-point cut.”

While we wait to see what happens next, here are some of the top stocks to watch:

EBIX had one of the most baffling moves in recent days after plunging from $53 to $46.  That was even without any news. As it turns out, investors sold the stock on fears that India will levy tariffs on 28 American products in response to the trade war issues.  While EBIX collected 40% of 2018 revenue from the Indian market, it wouldn’t be negatively impacted by tariffs. That’s because a tariff would apply something being imported into India, which EBIX does not do.

Referred to as the “Netflix of China,” IQ is the leader in video streaming in a country with 1.3 billion.  As disposable income grows, IQ could see even more subscribers. What should help are cooling trade war tensions, as well.  Better yet, growth does not appear to be a problem. For example, at the start of 2018, IQ had 50 million subscribers. They now have 81 million.  After a big pullback from $28, the stock has been consolidating at $18 support.

In recent weeks, SIX pulled back and has been consolidating at $53 a share.  We believe the pullback will give way to upside opportunity, especially with the summer catalyst now upon us.  If you look at the chart, you can see the stock has a historically tendency to begin pushing higher around July of each year.  We expect to see the same for 2019, too.