Editor’s Note: Andrew Keene is broadcasting live today at 9:00 am EST to pinpoint new trade opportunities as he sees them come through in real-time. Click here to learn how to access this extra income project and his research today.

What the “Green Wave” Could Do for Your Wallet

As renewable energy becomes more and more popular, companies are eyeing to monopolize the industry.

Sunrun is the nation’s largest residential solar company in America. But that’s not enough – it wants to continue to grow. And earlier this week, it announced that it would be acquiring its leading competitor, Vivent Solar, in hoped to form one of the world’s largest solar equipment providers.

The all-stock deal is valued at $3.2 billion. And if it goes through, it would create a company boasting around 500,000 customers. Sunrun and Vivint have remained leaders in the industry for years, along with Tesla. But with these two companies merging, it could be Tesla far behind in the solar race.

With only 3% of American homes equipped with solar panels – the two companies expect to see some significant growth as the push for a greener world becomes stronger and stronger.

Here’s the thing, though: you want to be careful with what you invest in. We see new companies daily throwing their hat in the ring, trying to get a piece of the “green” wave hitting the world. And it’s apparent investors have their eyes on this newest acquisition. Two powerhouses are joining forces, and it only makes sense that many would see the possibilities for some fast cash.

But I’ve got my eye on a different, smaller company.

Here’s what I mean…

It’s easy to get distracted by big, news-making headlines… like the billion-dollar solar energy deal, I mentioned above. But while most traders were trying to figure out a way to play that opportunity, my readers were able to quietly take quick profits on another company I recommended in the same sector…

When I say “quick,” I mean that we hit our first profit target in less than 5 minutes! The company is called First Solar, Inc. (FSLR), and in a few hours, my readers had the chance to secure a 242% gain on Monday of this week.

And now, I’m seeing another opportunity – and it’s investing in FSLR for the long term. Because the only place this stock has to go is up.

So, if you agree – add FSLR to your lineup and get ready for some fast cash to come your way.

I’ll be broadcasting live today at 9:00am EST to talk through market open and to pinpoint new trade opportunities I see coming through in real time.

I’ll show you step-by-step instructions on how to set up each recommendation to automatically go live when every condition is met… automatically cash you out when the time is right… and automatically deposit any winnings into your account.

It’s all part of the extra income project I’ve been sharing with a handful of readers.

Today, I want to make sure you know how to get access to my research. Just click here for details. 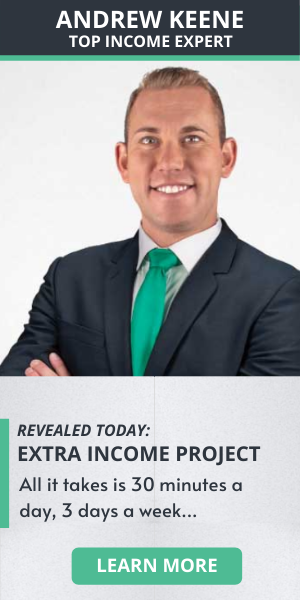