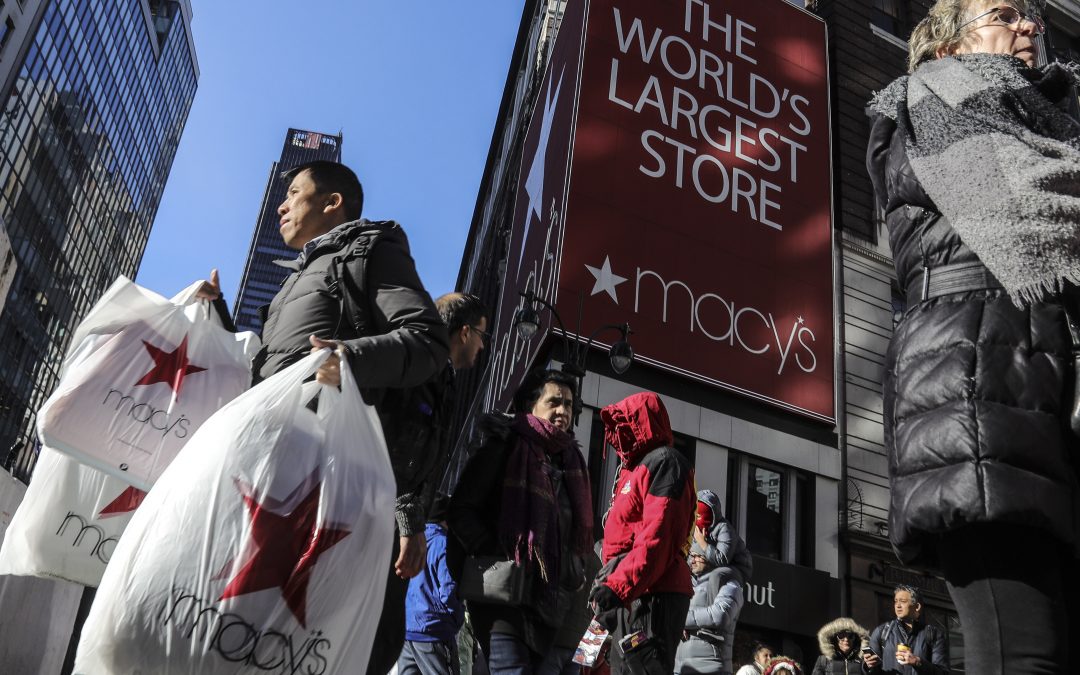 NEW YORK (AP) — Macy’s is refashioning what the Black Friday sales bonanza events will look like in a pandemic.

Macy’s CEO Jeff Gennette told analysts Wednesday said that the department store will be pivoting its Black Friday business more toward online and will likely be going “full force” with holiday marketing right after Halloween. It also will be staggering events to reduce customer traffic in the stores. And curbside pickup is going to be a “big secret weapon” — a service it didn’t offer during the holiday 2019 season.

“We have a very strong game plan about how we’re going to keep this trend of digital going,” Gennette said during a conference call. “But when you think about Black Friday, if you think about the 10 days before Christmas, what does that mean in terms of traffic if people are nervous about gathering with crowds?Everything is on the table right now.”

Gennette said that Macy’s will release details about plans for Black Friday — the day after Thanksgiving that traditionally kicks off holiday shopping — in early September.

Gennette’s comments came as Macy’s released final results for its fiscal first quarter ended May 2, that showed how the shutdowns to curb the spread of the coronavirus took a big financial toll. The company has been releasing preliminary profits and sales results in recent weeks.

Macy’s Inc. reported on Wednesday a massive $3.58 billion loss, or $11.53 per share, compared to a profit of $136 million, or 44 cents per share, in the year-ago period. That included a pretax, non-cash goodwill and long-lived asset impairment charges of $3.1 billion and $80 million, respectively. The adjusted loss was $2.03 per share.

Macy’s had said that business is coming back better than it originally expected. But Gennette said Wednesday that the company is closely monitoring areas of the country where there have been surges of confirmed virus cases. In Texas, which has emerged as a hot spot for the virus, Macy’s business softened a bit in the past two weeks, he acknowledged.

“We’re not anticipating a national shutdown, but we do expect regional flare-ups that we don’t know fully where they’re going to go yet,” Gennette said.

Macy’s said last week it would lay off about 3,900 employees in corporate and management positions, or 20% of its headquarters staff, in a cost-saving move.