US job market’s modest improvement may be stalling 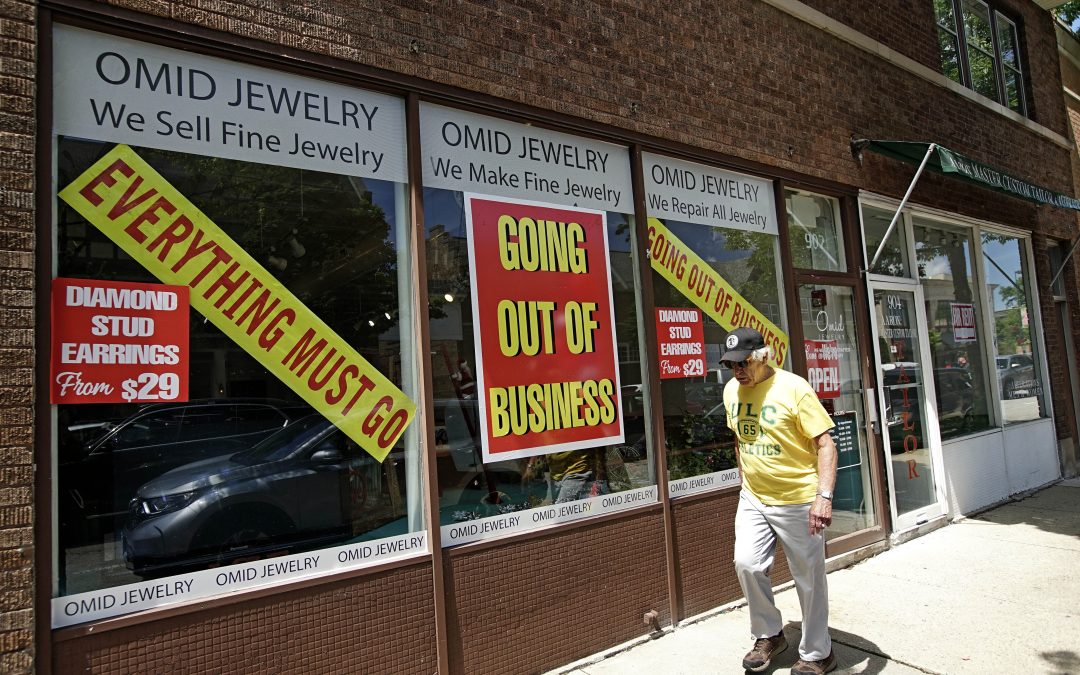 WASHINGTON (AP) — The number of laid-off workers seeking U.S. unemployment aid barely fell last week, and the reopening of small businesses has leveled off — evidence that the job market’s gains may have stalled just as a surge in coronavirus cases is endangering an economic recovery.

The government also reported Thursday that the economy contracted at a 5% annual rate in the first three months of the year, a further sign of the damage being inflicted by the viral pandemic. The economy is expected to shrink at a roughly 30% rate in the current quarter. That would be the worst quarterly contraction, by far, since record-keeping began in 1948. Economists do expect a snap-back in the second half of the year, though not enough to reverse all the damage.

Last week, the number of people applying for jobless benefits declined slightly to 1.48 million. It was the 12th straight weekly drop. An additional 700,000 people applied through a program for self-employed and gig workers that made them eligible for aid for the first time. These figures aren’t adjusted for seasonal variations, so the government doesn’t include them in the official count.

Combining those figures, overall applications for jobless aid have edged down just 3% in the past two weeks — a much slower pace than in late April and May.

“There has been no real decline in weekly claims the past two weeks,” said Julia Pollak, a labor economist at ZipRecruiter. “There has also been no real increase in job openings. What seemed like encouraging signs of recovery in May largely stalled in June.”

The virus is once again squeezing companies across the economy.

Disney is postponing the scheduled mid-July reopening of its Southern California theme parks until it receives guidelines from the state. Macy’s is cutting nearly 4,000 corporate jobs — roughly 3% of its workforce — in response to financial strain caused by the virus.

Apple announced late Wednesday that it would re-close seven of its stores in the Houston area, which is suffering a spike in cases. Last week, it had said would re-close 11 other stores in four states. And the parent company of Chuck E. Cheese restaurants will seek Chapter 11 bankruptcy protection, in part because of the restaurants it has been forced to close as a result of the pandemic.

“I think the strong ‘V’ recovery is right still there,” Kudlow said, referring to the shape of a sharp rebound on a chart.

Most private economists, though, foresee a much more tepid recovery. And the latest economic figures coincide with a sudden resurgence of COVID-19 cases in the United States, especially in the South and West, that is threatening to derail the nascent economic rebound. On Wednesday, the nation set a high for new confirmed coronavirus cases. Many states are establishing their own new peaks for confirmed daily infections, including Arizona, California, Mississippi, Nevada, Texas and Oklahoma. Cases of coronavirus have also jumped in Florida and Georgia.

The number of infections is thought to be far higher still because many people have not been tested, and studies suggest that people can be infected with the virus without feeling sick.

Should the trends continue, states may reimpose some limits on businesses that would likely trigger job cuts. And if not, consumers may choose to shop, eat out, and travel less.

Texas Gov. Greg Abbott said Thursday that that state will suspend its business reopenings amid a surge in coronavirus infections.

Real time data on small businesses suggests that the job market’s improvement slowed in June compared with May, when 2.5 million jobs were unexpectedly added. About 78% of small businesses have reopened as states have lifted shutdown orders, according to data from Homebase, a company that provides scheduling and time-tracking software to small businesses. Yet nationally, that figure has been flat for the past week.

In states that are suffering spikes in COVID-19 cases, small businesses are closing again and cutting some jobs.

Ray Sandza, an executive at Homebase, said the plateau in business reopenings is a worrisome sign that the remaining 20% of small companies could end up closing permanently.

“If you haven’t reopened yet, the likelihood of coming back is low,” Sandza said.

He noted that most small businesses had just one or two months’ of cash on hand when the pandemic intensified three months ago.

In Florida, Texas, and Arizona, the proportion of small businesses that have closed has risen in the past week as a result of the resurgent viral outbreaks. And in Arizona, as of Monday, the number of employees working at small companies was 31% below the pre-pandemic level. That’s worse than the previous week, when it was 26.5%.

Homebase’s data showed a solid rebound in jobs and hours worked in May that was consistent with the May jobs report, which also showed that the unemployment rate fell to 13.3% from 14.7%. Those are the two highest unemployment rates since the Great Depression.

Other real-time data is showing similar results. Kronos, which also produces small business scheduling software, said the number of shifts worked is now growing at only half the pace it was in late April and May. And shifts worked have actually fallen in 10 states in the past week, according to Dave Gilbertson, a Kronos official.

Thursday’s data on jobless claims included one bright spot: The total number of people receiving unemployment benefits aid fell to 19.5 million from 20.3 million, which suggests that employers are rehiring some workers.

For the unemployed, the federal government has been providing $600 in weekly benefits, on top of whatever state jobless aid recipients are receiving. This federal money has pumped nearly $20 billion a week into the economy and enabled many of the unemployed to stay afloat.

It has been a major help to Alexis O’Neill, who was laid off in March from an accounting job at an aviation fuel company. O’Neill, 49, who lives with her mother in Ann Arbor, Michigan, is looking for a job that would allow her to work from home so she could avoid putting her mother at risk of contracting the virus.

She has applied for at least a dozen jobs but has received no responses except an acknowledgement of her application. Many open jobs now seem to offer lower pay than before the pandemic struck. Compounding the dilemma for O’Neill, Michigan is stuck with the nation’s second-highest state unemployment rate, 21.2%.

“The job market is terrible,” she said. “Everything either pays so badly or doesn’t come with benefits.”