March Is A Make Or Break Month For U.S Stocks Analysts Warn 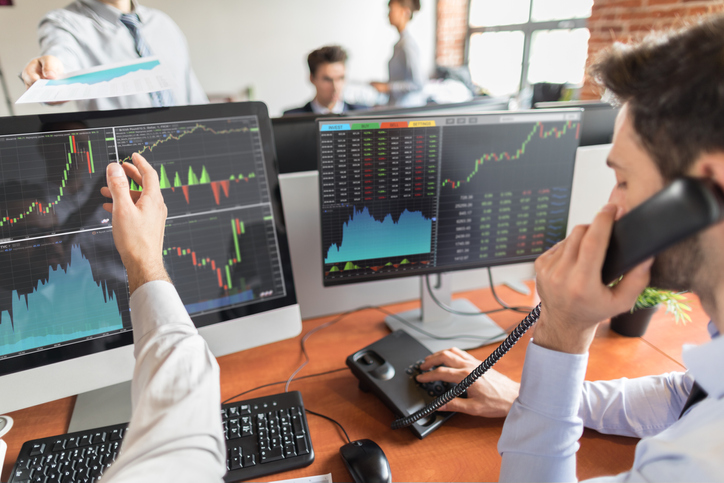 The U.S stock market has been on an impressive run on bottoming out from December 24, 2018 lows. Stocks have continued to climb the ladder helped by stellar earnings reports as well as the Federal Reserve reiterating plans to go slow on interest rate hikes. However, analysts believe March could turn out to be a pivotal month, even though the month is statistically, known to be an excellent month for equities.

While history says there will not be a massive pullback, things could change this year given the economic cycle on hand as well as geopolitical developments. However, sitting out of the markets may not be the best call, given the massive buying pressure on hand that looks set to continue pushing equities up the charts.

Major benchmark indices are flirting with record highs, the Dow Jones Industrial average has rallied by more than 20% from December lows. The Nasdaq Composite Index has also jumped 25.46% capping one of the finest runs in recent years.

Even though the market has been on an excellent run, it will need surprisingly good news if stock valuations are to continue edging higher. Investment strategist at Russell Investments, Erik Ristuben, believes a lack of groundbreaking catalysts is one of the reasons why equities could struggle to continue powering high.

According to the strategist, the markets have already priced in all the good news right from the Federal Reserve interest rate hike stance to the growing belief of a trade agreement between the U.S and China. While there is also a possibility of the U.S and China failing to reach an agreement, the possibility of the markets edging lower is also high.

The elevated equity valuations could also work against further rallies in the equity markets. Investors are unlikely to continue opening new positions. It is becoming increasingly clear that equities are no longer cheap as they used to be. Weakening macro-economic data could go a long way in spooking investors given the high valuations.

Investors are also poised to be on edge awaiting the outcome of the Federal Reserve’s policy meeting.  While there is a 92% possibility the FED will not hike rates, investors will closely watch updated projections. Late last year, the FED indicated that it could increase rates two times in 2019. In addition to the rate hikes standoff, the markets will also closely watch the FED’s balance sheet.

The FED balance sheet, which has been shrinking by $50 billion a month, has continued to put pressure on stocks. Depending on how the central bank addresses this shortfall, stocks look set to experience wild swings in the market, especially on FED chair, Jerome Powell, confirming a possible change soon.

The much-expected rally in March could also experience some pressure depending on the developments in China. Growth has slowed as the country’s economy has come under immense pressure in recent months. Slow economic growth has continued to weigh down on global growth, consequently spooking investors in the equities market.

The Country’s National People Congress is poised to issue GDP growth for the year as well as economic stimulus plans. Such targets and plans could significantly affect investor’s sentiments about investments on equities. A slowing of the Chinese economy, being one of the largest in the world, tends to affect other economies given the interconnection.

Away from the Chinese economy, there are vital economic data poised to influence investor’s decisions in March. The Non-farm payroll report should kick-start the economic data cycle. For the FED to go slow on interest rates, then there needs to be moderation on job and wage growth that has continued to push inflation up to record highs of 3%.