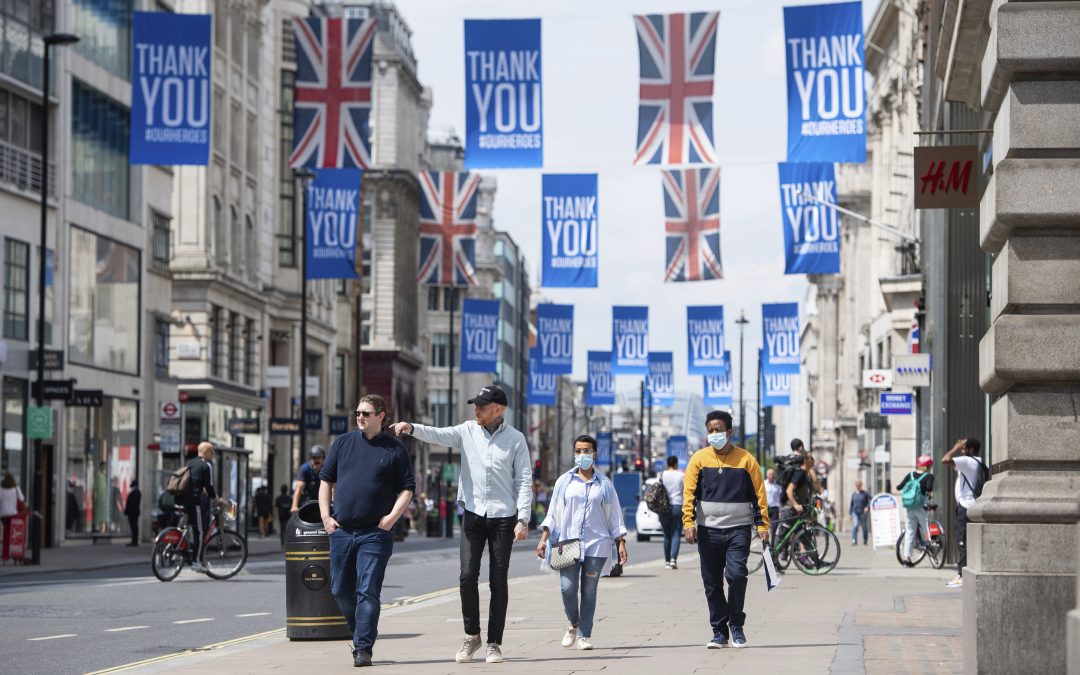 LONDON (AP) — Inflation in the U.K. fell to its lowest level in four years in May following a big coronavirus-related drop in prices at the pump, official figures showed Wednesday in a development that’s bolstered expectations of another sizeable stimulus from the Bank of England.

The Office for National Statistics said consumer prices increased by 0.5% in May from the year before and was down from 0.8% in April. May’s rate was the lowest since June 2016.

The main downward contribution came unsurprisingly from fuel costs, which fell sharply in the wake of the big decline in crude oil prices. Though oil prices have recovered from the historically low levels they hit in April after much of the world was put under coronavirus lockdowns, they remain at around $40 a barrel and below their level last year.

Economists said the further fall in inflation gives the Bank of England additional room to boost the ailing economy when it announces its latest policy action on Thursday. The government is also readying a big fiscal package for this summer to help the economy in addition to an array of hugely expensive support programs it put in place to deal with the initial economic fallout.

The consensus in the market is that the Bank of England will launch another bond-buying program of at least another 100 billion pounds ($127 billion), to complement the 200 billion stimulus it announced in March. The Bank’s monetary policy committee is set to hold off from further cuts in interest rates — its main benchmark stands at a record low of 0.1%.

The meeting of the committee is taking place in the wake of figures showing that the U.K. economy shrank by a fifth in April alone as a result of the country’s lockdown, which has seen many sectors shuttered.

Though some of the lockdown restrictions are easing, including Monday’s reopening of shops selling items considered nonessential, such as books, sneakers and toys, the economy is set for one of its deepest recessions ever and a consequent big spike in the numbers unemployed. Last month, the Bank warned that the U.K. faced its worst recession since 1706.

“Although we find tentative evidence that a recovery started in mid-May already, the risks to the inflation and growth outlook remain tilted to the downside,” said Kallum Pickering, senior economist at Berenberg Bank.

“The May inflation data supports the case for the ongoing aggressive monetary and fiscal action along with the likely further steps to come,” Pickering said.