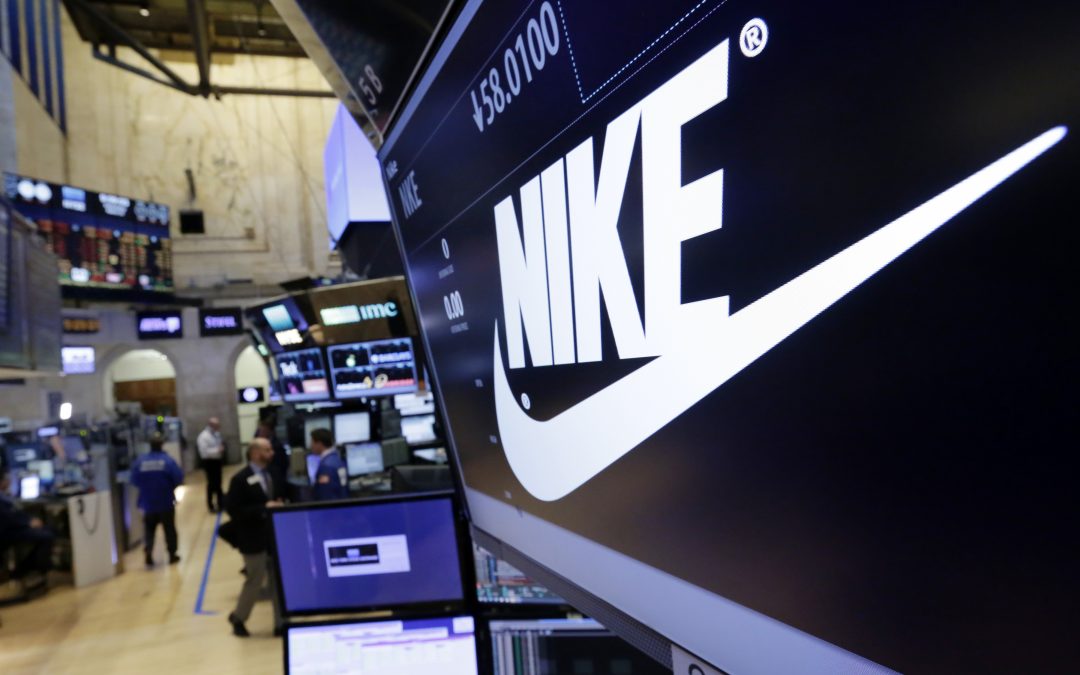 NEW YORK (AP) — Nike lost $790 million in the fourth quarter, as soaring digital sales couldn’t make up for the loss of revenue from shuttered stores in most of the world.

The world’s largest sports apparel maker said Thursday that its revenue fell 38% to $6.31 billion in the three-month period ending May 31. That was well below the $7.26 billion in revenue expected by Wall Street analysts, according to a survey by Zacks.

The Beaverton, Oregon-based company’s quarterly loss amounted to 51 cents per share. Analysts had expected a profit of 2 cents a share.

Nike said 90% of its stores in North America, Europe, Latin America were closed during the period because of the coronavirus pandemic. Sales fell 46% in both North America and Europe but just 3% in China as stores reopened there. Revenue grew 1% in China when accounting for currency fluctuations.

The company grappled with costs associated with reducing built-up inventory, including wholesale markdowns and factory order cancellations. Product shipments to wholesale customers fell 50% during the period. Chief Financial Officer Matthew Friend said the company expects its inventory, which rose 30% in the fourth quarter, to be right-sized by the end of the second quarter.

Nike said about 90% of its directly owned stores are now open worldwide, including all of its stores in China.

A bright spot for Nike throughout the pandemic has been a rise in digital sales, which analysts say positions the company to emerge strongly from the crisis over the long-term. Nike has aggressively invested in its direct-to-consumer digital platforms in the past few years.

Nike said digital sales rose 75% in the fourth quarter and accounted for 30% of total revenue. Friend said Nike expects digital sales to account for 50% of its revenue in the near future.