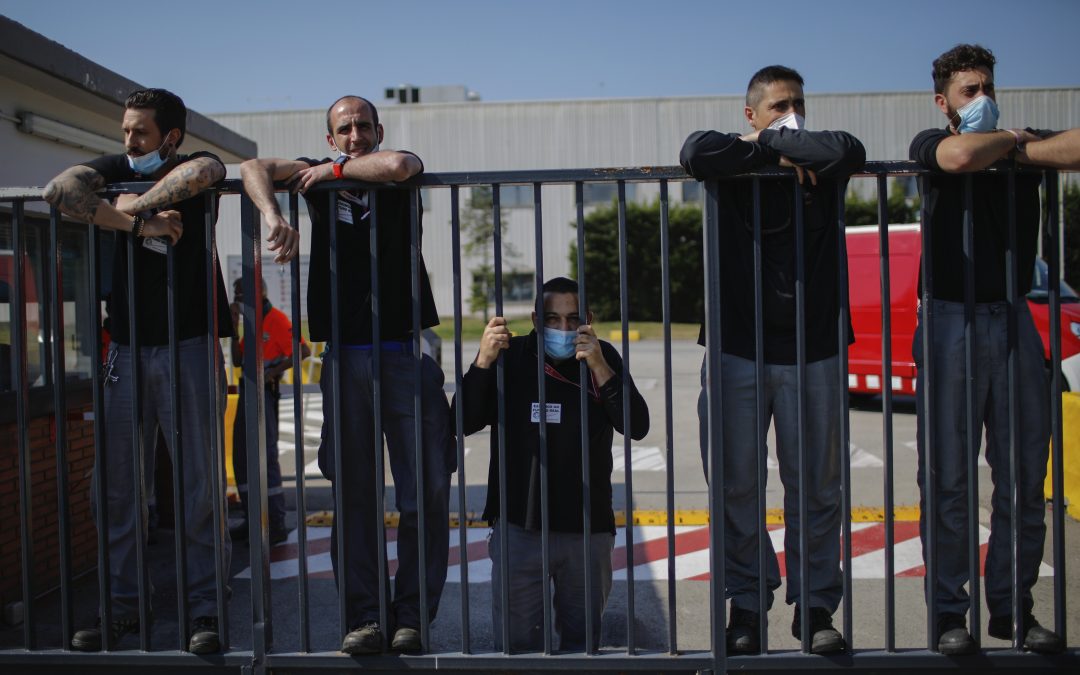 TOKYO (AP) — Japanese automaker Nissan plans to close auto plants in Spain and Indonesia after sinking into the red for the first time in 11 years as the pandemic squashed global demand and disrupted production.

Yokohama-based Nissan’s chief executive, Makoto Uchida, said Thursday that its European production will be centered at its British plant in Sunderland.

Manufacturing now based in Indonesia will move to Thailand, as the Japanese automaker cuts global production by 20%.

Nissan Motor Co. reported a 671.2 billion yen, or $6.2 billion, loss for the fiscal year that ended in March, its first annual loss since 2009, in the aftermath of the global financial crisis.

The company reported a 319.1 billion yen profit in the fiscal year that ended in March.

“The future remains unclear and it is extremely hard to predict,” said Uchida, who acknowledged Nissan could not yet give a financial projection for the current fiscal year. He said it would be released as soon as possible.

But Uchida said Nissan has secured needed financing and is cutting costs and reshaping its operations to restore profitability, stressing that Nissan’s potential remained solid.

It is reducing the number of its models and focusing on certain geographic areas, such as Japan, China and the U.S., to enhance its efficiency and profitability, rather than chasing sales size.

“We will admit our errors of the past and steer into the future in the correct way, without hesitation,” Uchida said.

Earlier Thursday, Spain’s government urged Nissan to reconsider its plan to close manufacturing in Barcelona, saying it would result in the direct loss of some 3,000 jobs.

Workers’ unions have warned 20,000 more jobs in Nissan’s supply chain in Spain are also at risk if Nissan closes its factory in Barcelona and two smaller ones in nearby towns.

Nissan only mentioned the closure of the Barcelona plant and did not immediately reply to a query about the other two plants.

Angry workers burned tires at the gates of the Barcelona plant and prepared for more protests.

“They are letting us die,” Juan Carlos Vicente, head of the plant workers’ committee, told hundreds of his colleagues gathered at the factory.

Management at Renault was meeting Thursday with unions about its 2 billion euro ($2.2 billion) cost-cutting plan.

Nissan has spent much of the past year seeking to recover from the November 2018 arrest of its former chairman, Carlos Ghosn, over financial misconduct allegations, including under-reporting future compensation and misusing Nissan money.

The company’s management appeared to be in disarray after the sudden departure of Ghosn, who was sent by Renault to help Nissan recover from near-bankruptcy in 1999.

Ghosn says he is innocent. He fled to Lebanon late last year, skipping bail while awaiting trial. Ghosn said he escaped because he believed he would not get a fair trial in Japan.

Uchida promised a revival for Nissan.

“We will carry out our responsibilities with determination,” he said. “The path ahead is not easy, but we have fantastic workers at Nissan.”

Hernan Munoz in Barcelona and Aritz Parra in Madrid contributed.