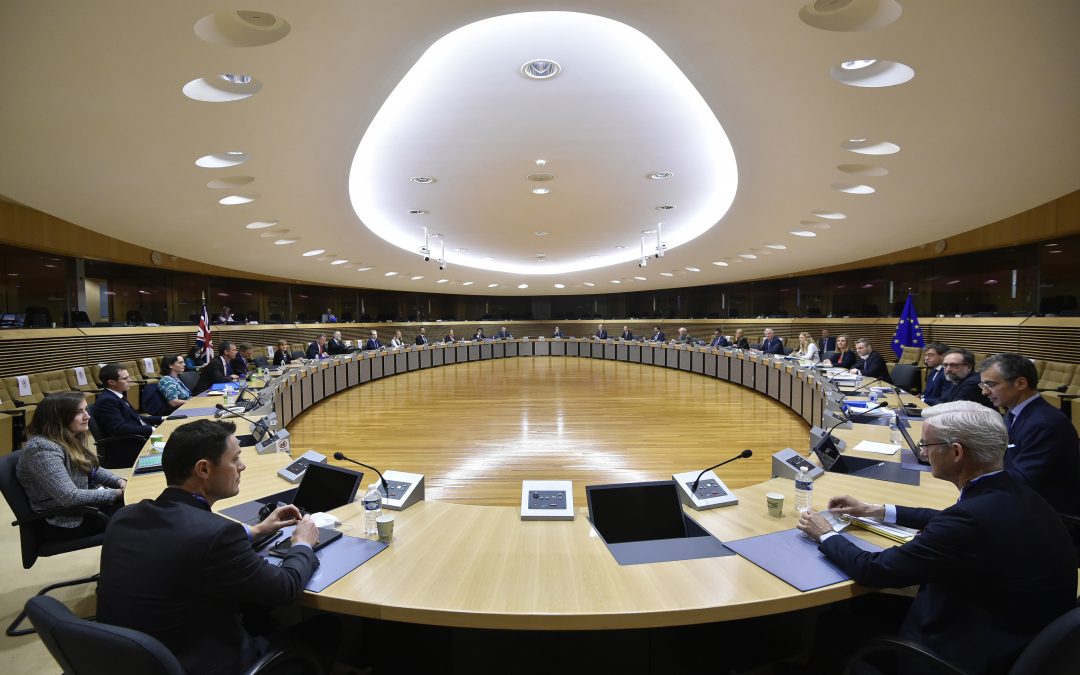 BRUSSELS (AP) — EU and U.K. negotiators in charge of finding a post-Brexit compromise resumed in-person talks this week, but the result remained the same, with no progress achieved on a range of key issues preventing a new trade agreement to be sealed.

Discussions ended Thursday a day earlier than planned, as a meeting between the teams’ chief negotiators initially slated Friday was taken off the agenda.

Britain’s chief negotiator, David Frost, said the talks had been “comprehensive and useful” but had “underlined the significant differences that still remain between us on a number of important issues.”

Both sides agreed that discussions will resume next week in London. Because of the coronavirus crisis, the teams had been forced to switch to discussions via video-conference that did not lead to significant progress.

The U.K. left the political institutions of the EU on Jan. 31 but remains inside the EU’s tariff-free economic zone until the end of the year.

The U.K. and the EU are trying to secure a new trade deal, but remain at loggerheads on several key issues. The parties disagree on regulations for businesses and for the fishing industry, with the U.K. adamantly opposed to EU demands for long-term access to British waters.

Noting some progress in areas including police cooperation or the U.K. participation in EU programs, Barnier said last month that an agreement on fisheries is required for a compromise.

“There will be no economic partnership without robust guarantees for a level playing field – including on state aid – to ensure open and fair competition among our businesses; a balanced, sustainable and long-term solution for our European fishermen and women; an overarching institutional framework and effective dispute settlement mechanisms,” Barnier said in a statement.

He said the “moment of truth” in talks will come in October when both sides will need to have a compromise ready for an accord to be ratified in time and avoid a no-deal scenario which would see tariffs and other restrictions imposed on trade between the U.K. and the 27-nation bloc.

Britain has said that a deal needs to be reached even sooner and there must be major progress before autumn.

“We remain committed to working hard to find an early understanding on the principles underlying an agreement out of the intensified talks process during July,” Frost said in a statement.