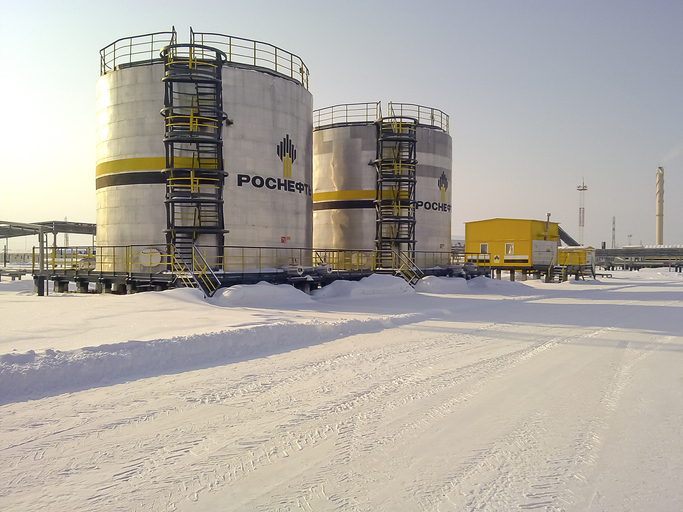 Russian investments in Venezuela are at risk as the U.S continues to pile pressure on President, Nicolas Maduro, to step down. President Donald Trump adviser John Bolton has issued a statement instructing the financial community not to trade any commodity from the country, top on the list being oil and gold.

The statement is the last thing Russia needed given the more than $7 billion worth of investments it has made in the country’s oil sector through its oil giant Rosneft. Russia has made most of the investments through loans that were to be paid through crude deliveries. However, with the U.S placing a trade blockade on oil, Russia could find itself on edge.

Russia has already fired back with the country’s energy minister, Alexander Novak insisting that the latest U.S sanctions are illegal. According to the minister, the U.S is violating international law by warning other countries against trading Venezuela commodities.

“The hard-to-predict political situation, which is happening in Venezuela today, impacts relations between the states, relations between companies. It would be silly to deny the risks,” said,” Russia’s Deputy Prime Minister Dmitry Kozak.

The new sanctions should put a lot of pressure on Rosneft, as it is one of the largest investors in Venezuela. The oil giant owns stakes in five onshore projects in the Latin America nation as well as two offshore gas projects. The fact that the loans the company has issued to the Venezuela oil company  are more financially significant, explains why Russia is at ease

Rosneft is one of the few companies that continued to invest in Venezuela even as other companies pulled out, in response to the sanctions imposed by the U.S. Its investments have so far been profitable reaping returns that exceeded internal target rate.

In 2014, the Russian oil giant made $4 billion in prepayment to Venezuela state-owned oil and gas company PDVSA. In 2016-17, the Russian company increased its investments by a further $2.5 billion in exchange for future oil deliveries. In 2017, PDVSA did supply the Rosneft with oil worth $1.9 billion worth of crude. The political uncertainty now puts at risks billions worth of investments, as the U.S insist every option including military intervention is on the table.

Reports that Venezuela could struggle to make debt payments as a result of the new sanctions is putting the Kremlin at ease. In a worst-case scenario, Rosneft could lose its assets in the country as well as loan investments. U.S sanctions continue to cast doubts on future investments by Rosneft given the uncertain political environment. European oil traders have already bulked out of trading the country’s oil, which is the exact thing that the U.S wants as a way of polling pressure on the Maduro administration.

Maduro is under immense pressure to step down amidst widespread protests across the country. The opposition leader, Juan Guaido, self-declaring himself as the interim president and gaining support from the U.S continues to complicate the standoff. The U.S recognizing Guaido as the president had a negative impact on Rosneft shares, which fell the most in almost seven weeks.

Oil prices continue to edge higher after recording the best January in record, after an 18% spike. U.S sanctions on Venezuela state-owned oil firms PDSVA have had a hand in a spike in oil prices. The company has had to look for new markets, for its roughly one million barrels per day oil exports, as U.S refineries continue to push back in response to the sanctions. The U.S putting sanctions on Iranian oil export has also triggered supply concerns something that continue to trigger a rally in oil prices.