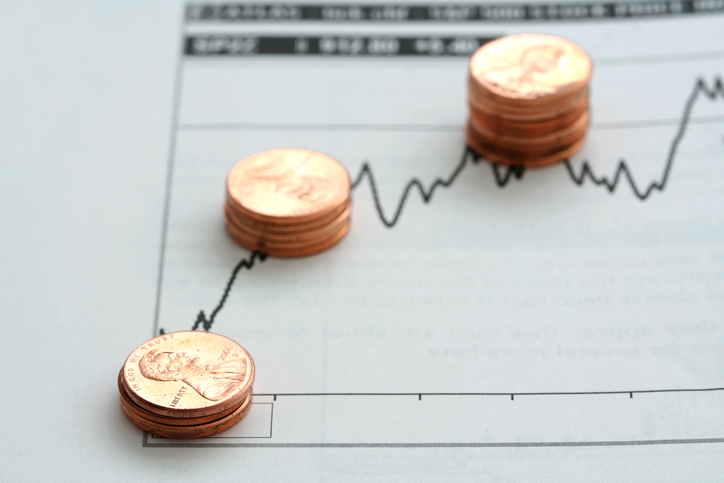 Renewed investor interest in small-cap stocks continues to take the markets by storm. After a wild 2018, the stocks have started the year on a roll, depicted by the performance of the Russell 2000 index. The index is off to its best start in over 32 years, outperforming other high profile indices in what is turning out to be a change of guard.

The Russell 2000 is already up by more than 8.8% in under 12 trading sessions of the year. In contrast, the S&P 500, which accounts for some of the biggest companies, is only up by 5.2%. The Dow Jones Industrial Average, on the other hand, is up by 4.5% over the same stretch. The NASDAQ Composite is the only index coming close to the small-cap index given its 6.8% rally.

The rally in the stock market comes after a rollercoaster fourth quarter when the broader stock market came under immense selling pressure. In October of last year, the Dow experienced its biggest drop in history after shedding 22.6% in a single session.

The steep drop came amidst a soaring trade war pitying the U.S and China. The markets took a hit amidst concerns that companies doing businesses in China would feel the pinch something that would affect their performance and returns. While the tensions from the trade war have cooled off, until an amicable long-term solution is found, the markets will continue to experience wild swings.

In addition to the trade war, the markets also took a hit as the Federal Reserve moved to increase interest rates for the third time. While an increase in interest rate is always synonymous with a blossoming economy, it tends to have a negative impact on the equity market. For instance, many investors tend to shift their focus to high yield investments such as bonds in times of high interest rates.

Amidst the shocks in the stock market, strategists and observers are warning that the gains in the small-cap sector may not last for long. According to MarketWatch analysts, investors are increasingly investing in small-cap stocks attracted by their relative bargains compared to large-cap stocks.

The fact that small-cap stocks tend to carry huge debt loads is something that could fuel the next storm in the markets. Once stability streams back to the market, the small-cap stocks could take a significant hit on investors especially, institutional and experienced traders taking note of the risks carried by such stocks.

“U.S. small caps have been taking on a massive amount of leverage over the past few years,” particularly starting in 2013 during the [quantitative easing] years,” said Andrew Lapthorne an analyst at Société Générale.

While the Federal Reserve appears to be going slow on interest rate hikes, any change of sentiments could rattle the markets. A further increase in interest rates amidst the ongoing instability could take a toll on the markets, with small-cap stocks, which have been doing well, poised to bear the full eight.

In 2018, small-cap stocks continued to trade higher even as large multinationals came under pressure amidst soaring trade war tension. However having rallied hard, the stocks could come down tumbling on the U.S and China failing to reach an agreement to settle the trade war tensions.

However, investors can take heart on the fact that the two countries have shown goodwill in recent months as they try to settle out their differences amicably. The equity markets look set to continue powering high in the first quarter on positive earnings results. China and the U.S reaching an agreement would be the catalyst that would send the stocks soaring even further.