Tesla Inc. (NASDAQ:TSLA) Turns To Europe To Ramp Up Model 3 Sales After Approval 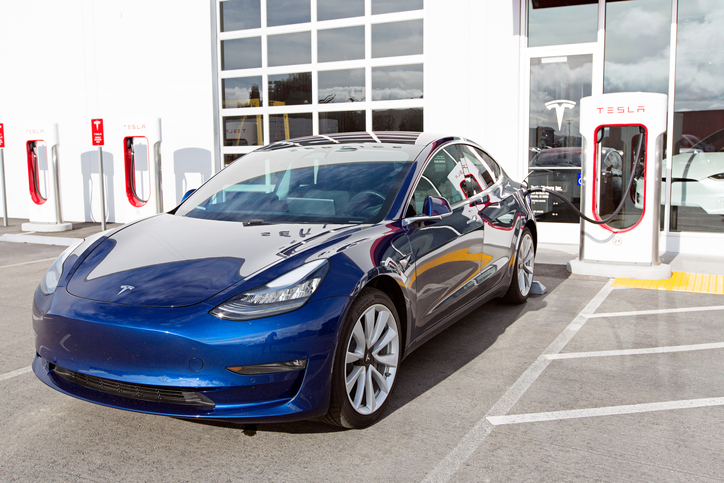 Europe is the next frontier market that Tesla Inc. (NASDAQ:TSLA) has set sights on as it looks to strengthen its sales channels. The Netherlands Vehicles Authority has given the electric car company, the go-ahead, to start making Model 3 deliveries in the block.

The green light is a milestone achievement as it paves the way for the company to target a wider market having focused on the U.S and China over the years. Tesla has already started accepting online orders from the region, the EU having affirmed that Model 3 meets the requirements for driving. Deliveries should start as early as February, having emerged that a cargo ship carrying more than 1,000 Model 3 is destined for Europe having left San Francisco.

The giant electric car company is relying on Model 3 to be a success in Europe, in line with the growing demand for electric cars in the region. Europe is an important market for Tesla, which is hoping to reinvigorate its prospects, at a time it is facing many headwinds. The company has already announced plans to build a European factory in Germany that will produce lithium-ion batteries for the electric cars. However, Europe will not be an easy market given that there are household names that are also developing electric cars.

The unveiling of Model 3 also comes at a critical point for Tesla. The automaker is fresh from announcing plans to lay off about 7% of its full-time employees. The cut is part of the EV giant push to keep operating costs low, as it moves to ramp up production of its lower-priced versions of the car.

Tesla expects the layoffs to relieve it of some expenditure as it looks to compete against other auto cars that are larger and more mature in the sector. The 7% cut is slightly lower given that, the company increased its workforce by 30% in 2018. The layoffs will not in any way, affect production as the company is increasing Model 3 production rate.

The cuts come as a surprise given that 2018 was one of the most successful years for the company. Tesla delivered more cars in the final quarter than it did the entire of 2017. Model three turned out to the bestselling premium car in the U.S.

Amidst the successes of 2018, Tesla has already admitted that it faces many challenges on its bid to turn in some profits. Making the cars, batteries, as well as solar products cost effective as possible, compared to fossil fuels, is turning out to be a big challenge.

“While we have made great progress, our products are still too expensive for most people. Tesla has only been producing cars for about a decade, and we are up against massive, entrenched competitors. The net effect is that Tesla must work much harder than other manufacturers to survive while building affordable, sustainable products,” CEO Elon Musk in a statement.

Tesla did turn in a 4% profit in the third quarter of last year. While it might seem as something small, it was the first profit in 15 years. In a bid to keep up profit growth momentum, the company is planning to switch its attention to mid-range model 3 that are relatively affordable.

Starting May, the company is planning to start delivering mid-range Model 3 to all markets as it seeks to ramp up sales. Reaching more customers with affordable electric vehicles is the company’s primary goal in 2019. The company’s most affordable car is the $44,000 264 mile Model 3, which comes with a premium sound and interior.