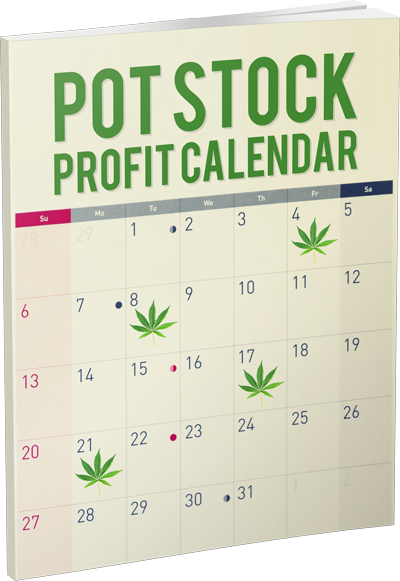 Pot Stock Date You Need To Know About…

Pot stock buyers have this one date circled on their calendar.  Find out why –and other key dates — inside The Pot Stock Profit Calendar report.  Yours FREE.  Click here for instant download.

Under the terms of the deal, China will substantially increase its purchases of U.S. agricultural products, pledge not to devalue its currency, and help to better protect U.S. intellectual property.  In fact, according to a U.S. Trade Representative document, the deal includes a “dramatic expansion of U.S. food, agriculture and seafood product exports, increasing American farm and fishery income, generating more rural economic activity, and promoting job growth.”

As we wait to see what happens next, here are the top stocks piquing our interest.

After a rough outing in the latter part of 2018, ATVI is quickly recovering, especially as we near the launch of new gaming consoles from Microsoft and Sony in December 2020. SunTrust Robinson Humphrey currently has a buy rating on ATVI thanks to recent game releases, such as World of Warcraft and Call of Duty.

Micron Technology is still racing to higher highs on the 5G boom.  Analysts at Cowen have a $70 price target on the stock. Analysts at Rosenblatt have a target of $100.  Both the MU stock and the MU March 20 2020 57.50 calls (with a delta of 0.5621) are attractive opportunities.

OrganiGram is showing signs of life thanks to cannabis.

Net revenue ran to C$25.2 million ($19.3 million) from C$12.4 million year over year, beating estimates for C$21 million. “Our team was also successful in shipping the first of our Rec 2.0 products as planned and on schedule in December of 2019,” Organigram CEO Greg Engel said, as quoted by MarketWatch. “We also look forward to the launch of the remainder of our vape pen portfolio followed soon after by our premium cannabis-infused chocolate products.”