Turkey calls on EU to be ‘honest’ in dispute with members 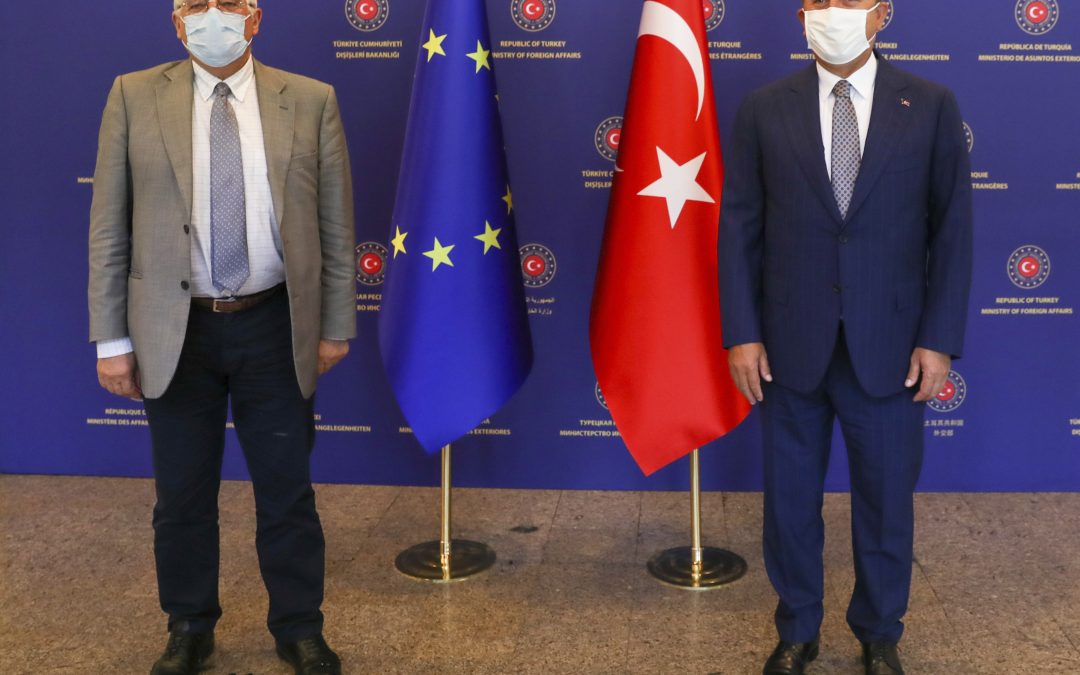 ANKARA, Turkey (AP) — The Turkish foreign minister on Monday called on the European Union to be an “honest broker” in disputes between Ankara and EU member states France, Greece and Cyprus.

Mevlut Cavusoglu warned that Turkey would be forced to “reciprocate” against any decisions the bloc takes against the country.

In a joint news conference with visiting EU foreign affairs chief Josep Borrell, Cavusoglu also renewed a call on EU-member France to apologize to Turkey over its depiction of a standoff between ships from the two countries in the Mediterranean Sea that prompted Paris to suspend its involvement in a NATO naval operation.

Borrell arrived in Turkey for talks at a time when tensions with Ankara are running high over a slew of issues, including the standoff with France and Ankara’s disputes with Greece and Cyprus over the exploitation of natural resources in the eastern Mediterranean region.

His visits comes before an EU meeting where the bloc could take up measures against Turkey.

“We want to work with the EU,” Cavusoglu said, but added: “If the EU takes additional decisions against Turkey we will be forced to reciprocate. The situation will become more tense and this will serve no one.”

Cavusoglu said: “Our expectation is for the EU not to be a party to the problem but to be a part of the solution. If it approaches the issues as an honest broker rather than in solidarity (with EU) members in the eastern Mediterranean or on the issue of Cyprus, then it will contribute to a solution.”

He was referring to a disagreement over the drilling for oil and gas in the eastern Mediterranean around Cyprus. Turkey dispatched warship-escorted vessels off Cyprus to drill for gas, insisting that it’s acting to protect its interests and those of Turkish Cypriots to the area’s natural resources. The Greek Cypriot government of the ethnically split island has slammed Turkey for encroaching in its waters and economic rights. The EU has rallied to the defense of its member states, Greece and Cyprus.

Borrell said Turkey was a key partner for the EU even though relations are “not passing through the best moment” and called for increased cooperation and dialogue to overcome tensions.

“Currently, the situation is far from being ideal … We have a mutual interest to get out of this situation and chart a new and positive trajectory,” Borrell said.

Borrell also spoke of the need to overhaul a 2016 agreement between Turkey and the EU. The deal, aimed to curb the massive flow of irregular migrants from Turkey to Europe, but unraveled in late February when Turkey made good on a threat to open its borders. Ankara, fearing a new migration flow from northwestern Syria, said it can no longer hold back migrants who wanted to go to Europe.

Greek forces pushed back, leading to scenes of chaos and violence, the deaths of at least two migrants and hundreds of injuries.

Cavusoglu said Turkey wouldn’t accept a revision of the agreement that would be attached to new conditions.

Last week, France temporarily suspended its role in a NATO maritime security operation after Paris accused Turkey of violating a U.N. arms embargo in Libya where the two countries support warring sides. France’s temporary withdrawal from the Sea Guardian mission follows a dispute on whether a Turkish naval targeting radar “lit up” a French frigate in the Mediterranean in June.

Zeynep Bilginsoy in Istanbul contributed to this report.