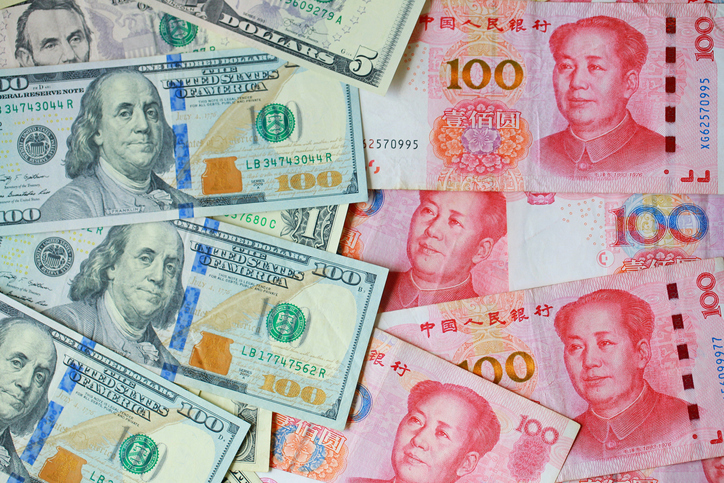 U.S stocks have resorted to trading in a downtrend even on most of them reporting earnings that topped estimates. The trigger behind recent sell-off is concerns that the U.S will struggle to reach an agreement with China on its long-running trade standoff. With the March deadline fast approaching, things are not looking any good, to strengthen investor confidence on equities.

After an impressive run that saw the S&P 500 add more than 10% in value from December lows, the index has remained under immense short selling pressure in recent trading sessions. U.S stocks also continued to edge lower after reports indicated a potential slowdown in the European Union economy.

The European Commission has already slashed growth outlook for the region further arising concerns about the health of the global economy. The commission expects the region’s economy to grow by 1.3% a decline from a growth of 1.9% in 2018. The region is on edge having already started to feel the effects of the global trade tensions.

The Bank of England has also slashed estimates with the economy now expected to grow at the slowest pace since 2009. Concerns over Europe’s economy slowdown triggered a sell-off of German assets as the Dax Index took its biggest hit since October drop. Fears of the U.S government shutting down next week has all but continued to exacerbate the situation, fuelling a sell-off of the broader stock market.

Most companies have reported solid quarterly earnings. However, a disappointing outlook for 2019 is one of the reasons that most of them have resorted to trading in downtrend on attracting short selling pressure. Twitter Inc. (NASDAQ:TWTR) might have reported quarterly earnings that topped analyst estimates. However, the stock fell by 9.8% on the company issuing a disappointing outlook that rattled investors.

Shares of Caterpillar Inc. (NYSE:CAT) and Deere & Company (NYSE:DE) remain the most affected as the U.S and China struggle to reach an agreement. Shares of the two companies fell by more than 1% as Boeing Co (NYSE:BA) dropped 0.9%. Apple Inc. (NASDAQ:AAPL) is another company that will feel the full effects of China and the U.S failing to strike an agreement to end the trade war. The companies have the biggest exposure in overseas markets especially in China that is also experiencing a slowdown in economic growth in addition to the trade standoff.

Stocks continued to drop as it became clear President Donald Trump would not be meeting his Chinese Counterpart Xi Jinping. The market had expected a meeting between the two leaders would help iron out some issues that have kept the two countries at crossroads as part of the raging trade war.

China and the U.S have until March to strike a deal. Failure to do so could result in the U.S imposing trade tariffs on Chinese goods. Conversely, Beijing should retaliate with its own tariffs on U.S goods something that should continue to rattle the markets.

“The keystone in the wall of worry is the trade discord. Should the negotiations crumble so too will near term support for equity prices,” said Sam Stovall, chief investment strategist at CFRA Research.