U.S Stocks: Bear Market Formation As Investors Turn To Dollar As A Haven 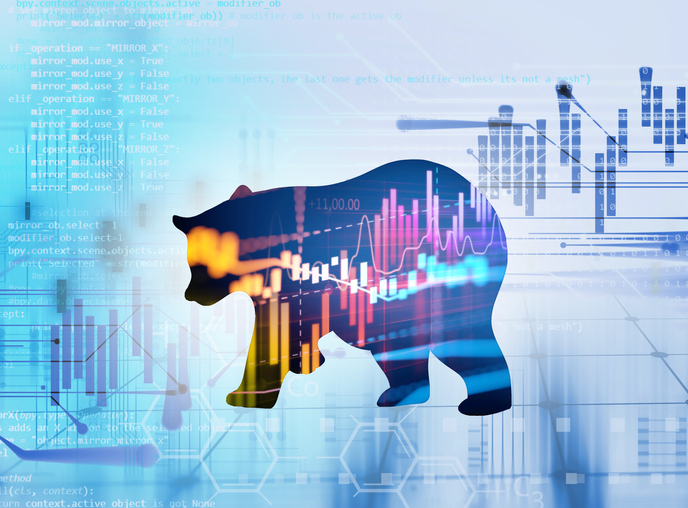 We are officially in a bear market. Those are the sentiments shared by contrarian investor, Jon Kaplan. While most people are currently celebrating precisely ten years, from the day the S&P 500 plunged to an all time low, Kaplan believes there is nothing to smile about given the turmoil on the horizon.

The good days are finally over according to the contrarian investor given that the equity market has already peaked and is now due for a major correction. According to Kaplan, investors should make a detailed comparison between recent performance and the last big meltdowns, to have an idea of why a major correction could be on the offing.

The U.S stock valuations being at altitude sickness levels are something that should worry most people according to the investor. This is in part because underlying fundamentals, as well as developments on the global scene, do not support the same.

The global markets started 2018 on an excellent run, going in on to register all-time highs. However, major correction hit the market at the start of September as economic tensions between the U.S and China escalated.  U.S equities consequently came down tumbling, on huge volume, after one of the longest Bull Run.

Fast forward sentiments in the market have improved since the market bottomed late last year. However, the recent resurgence is the point of concern as some investors continue to question its sustainability.  A rally back to historic high is already fuelling suggestion of overvaluation something that some people fear could trigger a massive pullback

“U.S. stock indexes like the S&P 500, as measured by price-earnings ratios, price-to-book, and other measures in their entire history going back to the late 1700s, were only more overvalued relative to their earnings twice before: from late 1999 through early 2000 and during August-September 2018,” said Kaplan.

In a time of uncertainties especially in the equity market people tend to buy the U.S currency as a haven.  In the past two pullbacks in the equity markets, the dollar first fell before surging as equities tumbled. In line with the sentiments, the U.S dollar has started inching higher in what could be attributed to investors shunning equities in favor of the dollar as a haven.

While U.S-China trade talks have been on investors mind since the start of the year, economic data looks set to influence sentiments going forward. Investors will be interested to know whether the U.S economy is growing at the same pace it did before everything came down tumbling late last year

In Wednesday trading session, equities tumbled for the third session in a row as tepid U.S economic data rattled investors. The Dow (DJIA) fell 133 points as the S&P 500 lost 18.20 points. The Nasdaq Composite Index was also down by 70 points.

The partial government shutdown did indeed weigh on economic activity.  The closure resulted in a slower movement that affected a range of sectors from retail to auto sales as well as manufacturing and real estate according to the Federal Reserve.

Amidst the uncertainties as well as a potential pullback of the equity markets, Kaplan believes there is still some value worth pursuing in the equity markets. The contrarian investor is maintaining a close watch on unpopular investments key among them being exchange-traded funds made up of Indian companies given their favorable valuations when it comes to price to earnings ratios.

Kaplan is also maintaining a close watch on Chinese companies and has especially taken a keen interest on Xtrackers Harvest CSI 500 China shares. The Global X MSCI Pakistan (PAK) is also on the investor’s watch list.