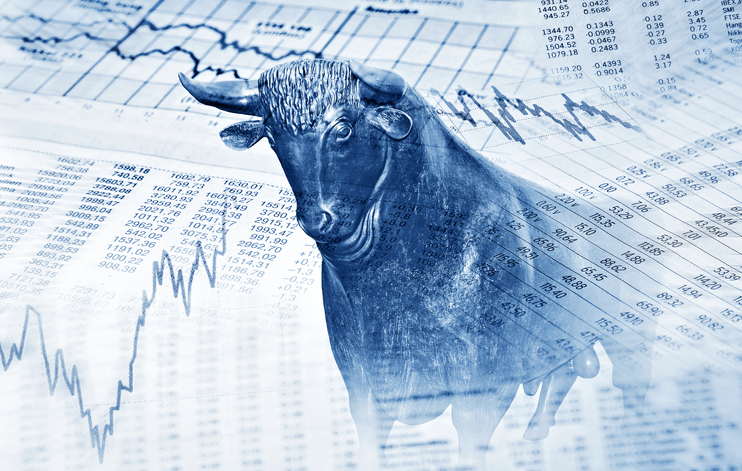 Major indices in the U.S are on an excellent run, as U.S stocks continue to rally in response to better than expected economic data. Economic data has so far signaled that the world’s biggest economy is doing exceedingly well, as other economies abroad continue to grapple with growth slowdown.

Stronger than expected orders on durable goods is one of the catalysts that pushed the markets to four months highs. Data from the department of commerce indicate that core capital orders were up 0.8% in January, after falling in the previous months.

Rallies in the stock market comes amidst a warning from Chief Economist, Michael Pearce, that a rebound in capital goods orders is still consistent with a slowdown in business, equipment investment growth. However, the slowdown is not in any way expected to be as sharp as signaled by other surveys.

The cost of wholesale goods was also up 0.1% in February as producer prices dropped from 2.5% to 2.3%, below the 3% peak level. U.S construction spending was also on a roll, surging 1.3% in January after a 0.8% decline in December. Traders also continued to push equities up, having emerged that inflation remains in subdued levels.

Three consecutive days of gains have seen the S&P 500 wipe out losses accrued over the past week. The index is currently trading at four-month high after rallying 0.69% to close Wednesday trading session at 2,810. The Nasdaq Composite Index was also up 0.69%, to 7,643 as the Dow Jones Industrial Average bounced back after a torrid start to the week, to rally 148.23 points to highs of 25,702.89.

Boeing Co (NYSE:BA) shares snapped a seven-day losing streak after rallying 1.73% to 377.14. The stock rallied even on President Donald Trump issuing an order grounding all the 737 Max 8 and nine aircraft, in line with similar decisions in other countries. The rally also came on experts reiterating that the company’s reputation is not at risk in view of the recent incidents.

Insys Therapeutics Inc. (NASDAQ:INSY) was one of the biggest losers after skidding 25% after an auditor report raised concerns about the company’s ability to continue as a going concern. The company’s executives are in deep trouble amidst claims they tried to bribe medical personnel to prescribe the company’s drug Subsist.

“It’s pretty remarkable the strength of the market over the last couple of days. The producer-price data is further evidence that the Fed’s more patient approach should provide support for risk assets, at least for now,” said Emily Roland, the head of capital markets research at John Hancock Investments.

U.S stocks are not the only ones on an excellent run. Impressive start to the year has seen oil prices rally to the highest level this year of 58 a barrel. Treasury yields are also on an excellent run having received a boost on economic data indicating that business equipment increased the most in six months in January.

Separately, reports that the U.S is not in a hurry to ink a deal with China could derail the bounce back in the stock market. Trump is on record saying he would walk away from bilateral talks if an agreement were not reached. Reports indicate that negotiations have in the recent past, turned more intense with the two struggling to remove obstacles.

In Europe, the U.K continues to grapple with Brexit uncertainty. The country’s parliament voted against a no-Brexit deal as lawmakers dealt Theresa May proposed deal a blow. The lawmakers are now set to vote on whether to request for an extension to the March 29 Brexit deadline.