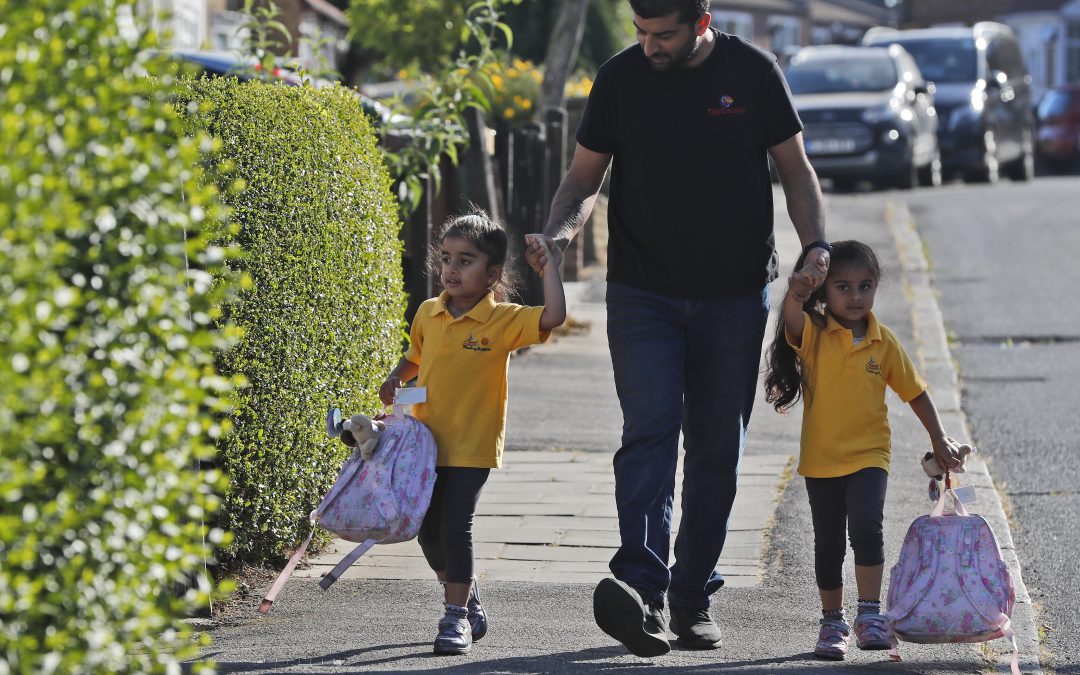 LONDON (AP) — The U.K. eased more lockdown restrictions Monday despite warnings from some health officials of another spike in coronavirus infections especially if people flouted the new guidelines.

Scotland’s First Minister Nicola Sturgeon even warned that her government may be forced to reverse course if people contravened the rules as they clearly did over another sunny weekend.

Police in Scotland had to disperse 797 groups on Saturday alone for not abiding by the guidelines, five times higher than the previous Saturday. Sturgeon also noted that road use on Sunday was 70% higher than the week before.

Sturgeon said the rules will be tightened “if there is continued evidence of even a minority not abiding by these guidelines and travelling unnecessarily, if people meet up in larger groups or if they’re making journeys which risk spreading this virus.”

Over the weekend, as the U.K. basked in warm sunshine, beaches and parks were packed, with many people clearly not observing social distancing guidelines to stay 2 meters (6 1/2 feet) apart.

The four nations that make up the U.K. — England, Scotland, Wales and Northern Ireland — are moving at different speeds out of the lockdown that began March 23.

England has gone furthest, with some schools reopening Monday and groups of six people now able to meet up outdoors, including in gardens, if social distancing guidelines are observed.

Business Secretary Alok Sharma said the British government, which legislates on all the changes in England, was moving cautiously.

“This is not a dash,″ Sharma told the BBC. “These are very cautious steps that we are taking.″

Restrictions on elderly people and those with underlying health conditions — who have been asked to remain indoors and stay away from other people since March — have also been eased as the government seeks to restore some normalcy in daily life and to revive the economy.

But the decision, announced Saturday, was delivered with so little details that many people who have not left their homes since March have been left to wonder whether it’s really so safe now.

Open air markets and car showrooms were among the businesses allowed to re-open in England on Monday. Some sporting events such as horse racing will be staged behind closed doors.

The U.K.’s official coronavirus death toll stands at 38,489, the second-highest in the world after the United States, and about 2,000 new cases of the virus are still being confirmed each day.

As a result, some see the moves as overly hasty. A debate has raged for weeks as to whether Prime Minister Boris Johnson’s Conservative government is being guided by science or the desire to restart the economy.

The Association of Directors of Public Health warned that the government is moving too fast and that it isn’t ready to meet the challenges that will follow with the easing of restrictions.

Its president, Dr. Jeanelle de Gruchy, told the BBC that programs to vigorously track and trace COVID-19 cases must be up and running at full speed for restrictions to be eased.

“We’re not feeling just yet that we’re confident enough to meet any potential challenge if the government goes too quickly on easing lockdown measures,” she said.

Parents themselves were struggling whether to voluntarily send their kids back to school. Emma Corps, 39, dropped off her five-year-old daughter Isla at the gates of Queen’s Hill Primary and Nursery School near Norwich.

“I was a bit anxious, but she was excited and I think they need to go back to school as there needs to be some sort of normality back in their lives,” she said.