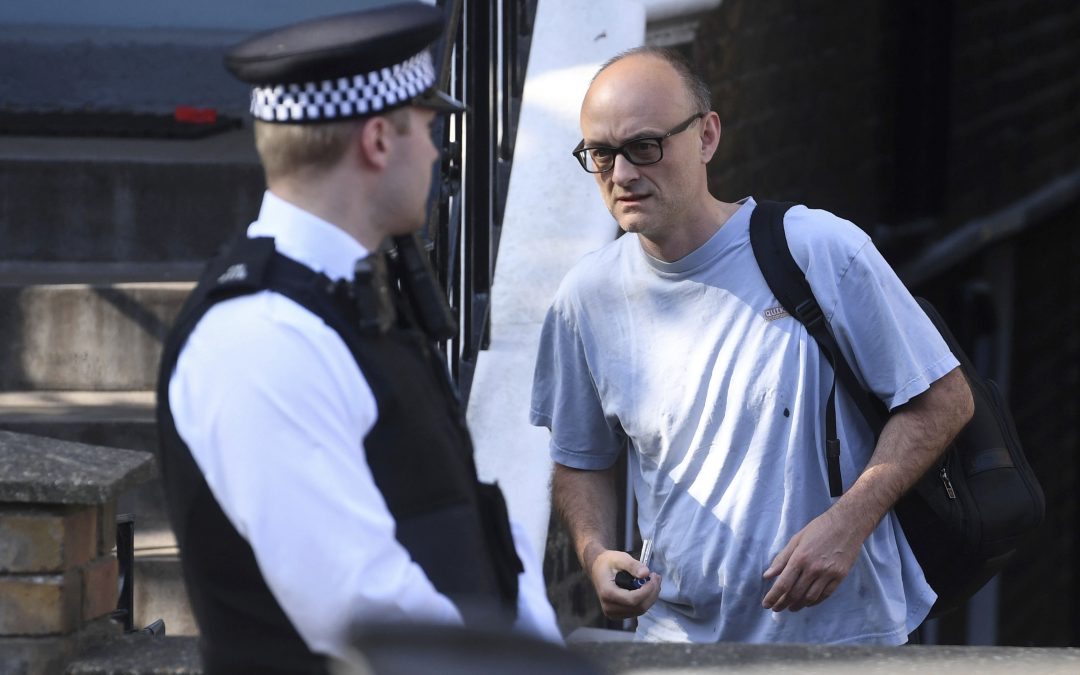 The parliamentary committee will quiz Johnson on the decision of his top aide, Dominic Cummings, to drive 250 miles (400 kilometers) from London to his parents’ house in northeast England while he was falling ill with suspected COVID-19 — despite stay-at-home rules that the government had imposed on the rest of the country. After days of public outrage over double standards, the government sought desperately to change the subject.

“Now, I think, is the time for us all to move on,” Housing and Communities Secretary Robert Jenrick told the BBC. “That’s not to say this isn’t an important issue or that people don’t care about it, but I think there’s a lot more that we need to focus on now.”

Cummings says he traveled to the family farm so that his nieces could care for his 4-year-old son if he and his wife both became sick. But that explanation has prompted fury with many Britons, who say they were unable to attend funerals and visit elderly relatives, among other struggles, in order to follow government advice at the time to “Stay Home … Save Lives.”

Johnson, who was himself hospitalized with COVID-19 last month, said Cummings “followed the instincts of every father and every parent.”

At least 30 lawmakers in Johnson’s Conservative Party have called on Cummings to resign, citing an outpouring of fury from their constituents. But Johnson appears determined to retain the aide seen as instrumental to his rise to power — even if it erodes public trust in Britain’s response to the pandemic.

The scandal is particularly damaging because it comes as Britain is slowly beginning to lift lockdown restrictions. Health Secretary Matt Hancock confirmed there could be “local lockdowns” in the future as part of systems being put in place to test and trace coronavirus hot spots.

Johnson’s virtual appearance before the Commons Liaison committee has been shadowed by controversy because of a 20-minute time limit placed on questions over the Cummings affair. The overall session is set to last 90 minutes.

But the hearing is likely to be tense, as even fellow Conservatives on the panel have expressed dismay over Cummings’ actions.

One senior lawmaker on the panel, former Health Secretary Jeremy Hunt has already said Cummings broke the rules. Another, Women and Equalities Committee chairwoman Caroline Nokes, said “there cannot be one rule for most of us and wriggle room for others.”