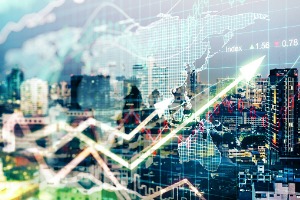 Some of the top earnings reports to watch for the week of April 22, 2019 include Hasbro Inc., The Coca-Cola Company, Procter & Gamble, Lockheed Martin Company, Twitter, Verizon Communications, and Facebook.

Here are some of the top stocks to watch.

HUYA is likely to push higher over the long-term as a market leader with a game live streaming platform.  This market has already grown 40% in recent years, and is expected to grow another 20% annually. It’s another way to trade the growing and quite explosive eSports boom. Technically, it appears the stock has found strong support at $22.32 after pulling back from $30.

Top cannabis stocks like ACB are a long-term buy and hold, especially as U.S. approval ratings just begin to tick higher.  According to The General Social Survey conducted by NORC at the University of Chicago, 61% of those surveyed support legalization. A Gallup survey found that 66% of Americans are in favor of legalization.  That’s up from just 60% in 2016.

Biotech is always an exciting trade. And from what we can see from TGTX study data, this stock could be just as exciting.  In a mid-stage trial for refractory marginal zone lymphoma (MZL), the drug easily met its primary endpoint of overall response rate. The FDA also just granted umbralisib a Breakthrough Therapy Designation for the treatment. Even better, it’s showing a favorable efficacy when compared to other drugs, including an AbbVie drug.